Art Matters—In Rural Classrooms and Beyond

The arts have a real impact at a "nominal cost." 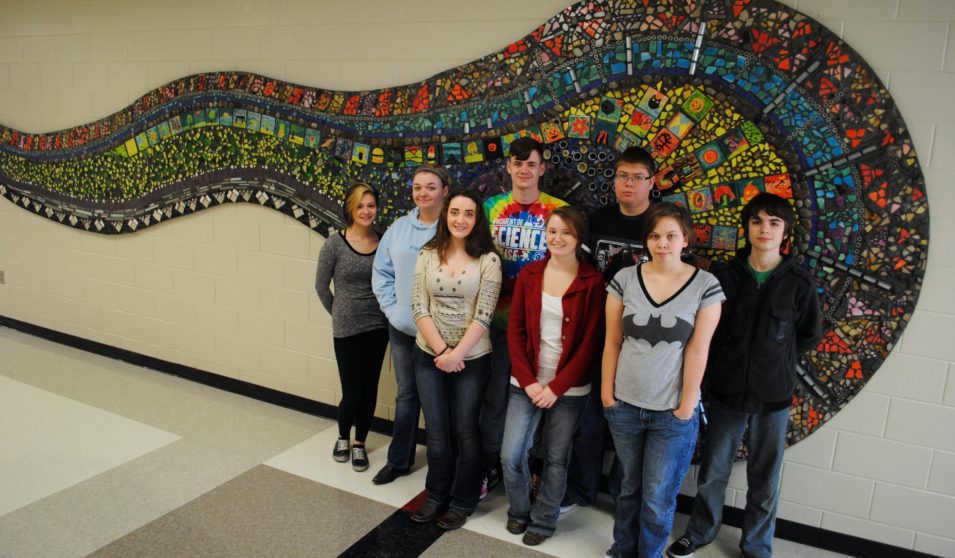 Editor's note: Thanks to Stephen Sugg for sharing this essay, which originally appeared in Rooflines: The Shelterforce Blog, which is published by the National Housing Institute. Stephen manages government relations and works on place-based initiatives at Housing Assistance Council (HAC), a national nonprofit dedicated to stronger rural communities.

I've spent nearly two decades working on the intersection of housing, community development, and public policy. I’ve seen the arts bring out the best in us, especially in low-income communities. So when I read the report, “Arts Education Reduces Stress Level of Low-Income Students,” it was not a surprise. What is surprising is that we must continually fight to make sure that the arts have a role in public schools, and that our low-income communities are worthy of arts and culture-related investments.

My academic research focuses on place-based education, which embeds student learning in local contexts, and shows promise as an antidote to deeply rooted social and environmental problems while boosting student achievement.
But how does this relate to art education?

Crellin Elementary School, a small Appalachian school in Maryland that serves largely low-income students and where I focused much of my research, is a national model for school turnaround, and it regularly claims national and international plaudits for environmental education, place-based education, and character education. Headlines on Crellin’s state-leading test scores are commonplace. But Crellin’s stakeholders are adamant: the Crellin way is about teaching students to think critically, learn authentically, and contribute to the community’s social capital. Disadvantaged kids with over a decade of jaw-dropping test scores are merely a side effect. And contrary to popular practice, in American education, this success is achieved as the school and community embrace art.

A largely unexpected finding of my research is that integrating the arts in place-based learning acts as a “gel” that links other subjects, engaging hard to reach students, and providing an outlet for additional community outreach—at a nominal cost.
An excerpt from my research:

During my first visit to Crellin, students in music class were making music with unrecognizable “instruments.” Later, the principal, music teacher, and other teachers described what I saw as the “Rhythm and Rubbish Band,” which the school’s promotional materials describe as: “Students create and perform music using buckets, trash cans, and ‘instruments’ many would consider to be garbage.” Faculty explained that the Rhythm and Rubbish Band serves several purposes, including tying arts instruction to the school’s environmental education emphasis. Also, the use of “what’s available” (as one staff member described) is representative of the Appalachian culture’s resourcefulness. The Rhythm and Rubbish Band has regular gigs at community events, and it headlined a national Old Time Fiddlers convention in October 2014. A special service area teacher described how Crellin “truly” integrates and values arts, “incorporating everything that we [arts teachers] do between the classroom teachers and arts teachers.” The teacher, who has years of experience at schools other than Crellin, noted that “cooperation” at Crellin drives the arts integration, adding that support from the principal, faculty, and community undergird a robust arts program at the school.

Crellin elementary’s successful embrace of art aligns with growing recognition that linking arts, place, and education is vital to the creation of stronger communities—especially those most vulnerable. It aligns with a growing recognition in the housing and community development fields, and perhaps in broader society, that arts are hardly a luxury. The economic case for arts access in schools and beyond is a strong one. And the neuroscience-based case is intriguing.

The bigger issue for me is capitalizing on such studies, and making sure that investment in the arts benefits low-income people of all ages. Luckily, models exist, they aren’t expensive, and they can build bridges between schools and communities.

But keep in mind: advocates of arts in public education have a long road ahead. Federal education policy since 2002 has curtailed the arts as part of a growing trend of narrowing curriculum (i.e., teaching to standardized tests). The 2016 passage of the Every Student Succeeds Act provides some hope to arts advocates that federal education policy will make more room for the arts—but proof will be in the details as states continue to make plans for implementation. Recent reports indicate that the National Endowment for the Arts (which funds the Housing Assistance Council’s (HAC) work, which is noted below) may face elimination.

The HAC, where I work, has devoted the last 45 years to making sure the rural poor have stable and decent housing. HAC has long known that affordable housing is an anchor for family and community stability and health. Recently, HAC took on a new endeavor: partnering with buildingcommunityWORKSHOP, a Texas-based nonprofit community design center (i.e., architects and planners) seeking to improve the livability and viability of low-income communities through the practice of thoughtful design that engages everyone. Creative placemaking and locally rooted art drive the partnership—aligning with what HAC has long known: low-income people and their communities reap benefits when their voices are heard. Thankfully, high-profile philanthropy has taken note, with ArtPlace funding “Rural Arts Magic” at its 2016 summit.

The bottom line is I am certain that arts education reduces stress in low-income students. More importantly, students—and entire communities—will win when the arts are emphasized. And funded.

[A portion of this blog post originally appeared in the Green Schools National NetworkNewsletter.]

This is Stephen's second contribution to our website. We invite you to read his prior post on Crellin Elementary School and place-based learning.