Illinois, Shared With Us

Congratulations to the RSC Founding Board Member and Chair Emeritus 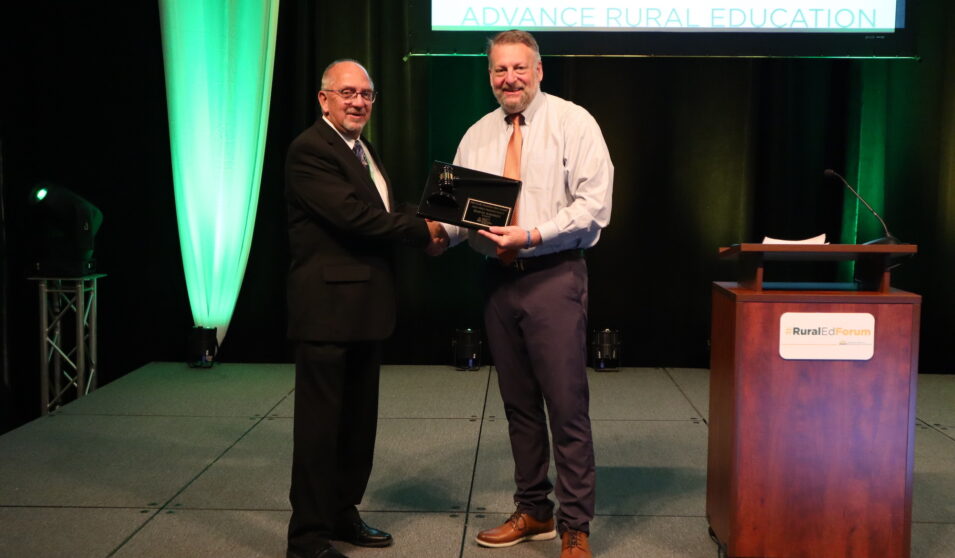 David Ardrey is a founding board member and Chair Emeritus of Rural Schools Collaborative, and a tireless advocate for rural and small schools. In addition to his work with RSC, the National Rural Education Association, and the National Rural Education Advocacy Coalition, Dave has served as the executive director of the Association of Illinois Rural and Small Schools for about a decade. We are eager to see how Dave steps into this new role as President of the NREA, and wish him all the best in this endeavor! We invite you to read more in the following press release from the NREA, and join us in congratulating Dave.

Mr. Ardrey is now in his 10th year as the Executive Director of the Association of Illinois Rural and Small Rural and Small Schools (AIRSS). Before joining AIRSS he served as the Director of School Partnerships and Outreach at Southern Illinois University Carbondale, he was a founding member and first Chairman of the Rural Schools Collaborative and has committed the last 10 years serving NREA on its executive committee, the Foundation (NREAF) and its policy Coalition (NREAC).

David‘s personal and professional life has been in rural places, growing up in rural southwest Missouri and living and working with his family in downstate rural Illinois. His work has been focused on creating a place for the rural voice to be heard, ensuring the rural voice has a seat at the table and sharing a message that rural resilience should not be confused with equity.

“Mr. Ardrey’s work in Illinois will now take the national stage and his intense passion and commitment to rural schools and children will serve the National Rural Education Association well,” shared Dr. Allen Pratt, Executive Director of the NREA.