From Eyesore to Asset 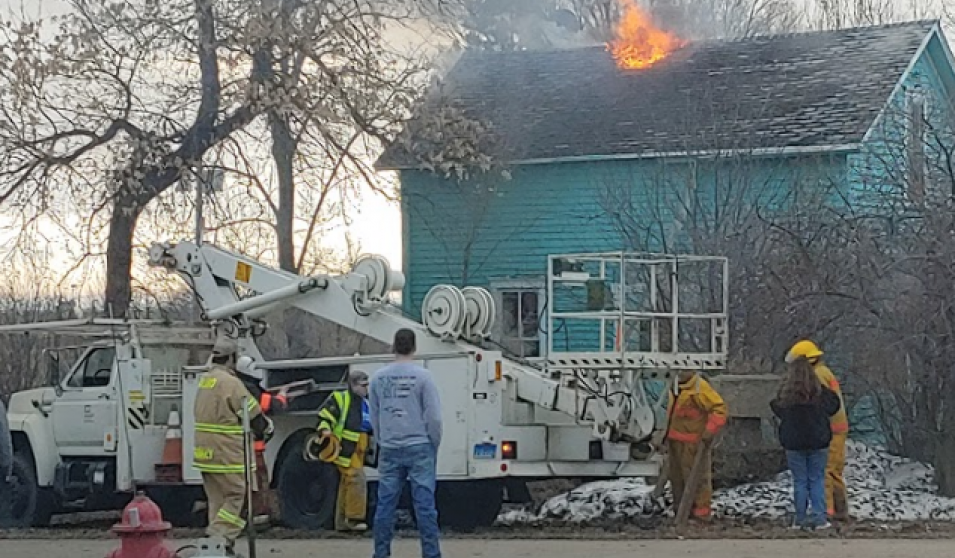 Bailey Coats of South Dakota's Doland School District received a $1,000 Grants in Place award for her FFA students to build a community garden on the site of a blighted property. This 2018-19 Grants in Place project received funding support from Dakota Resources and individual donors Mike Knutson and Jim Beddow.

Thanks to Bailey for providing the following project summary and pictures.

What started as a dilapidated eyesore of a house and yard in Doland has been successfully transformed into a functional community garden space! Last fall, the community of Doland, in partnership with BASEC and the Doland FFA Chapter, began the process of demolishing a rundown home owned by a former veteran in the community. The home, dwarfed by severely overgrown trees and a broken, unfixable greenhouse, was burned by the Doland Community Volunteer Fire Department on Saturday, April 6. Care was taken to preserve as many of 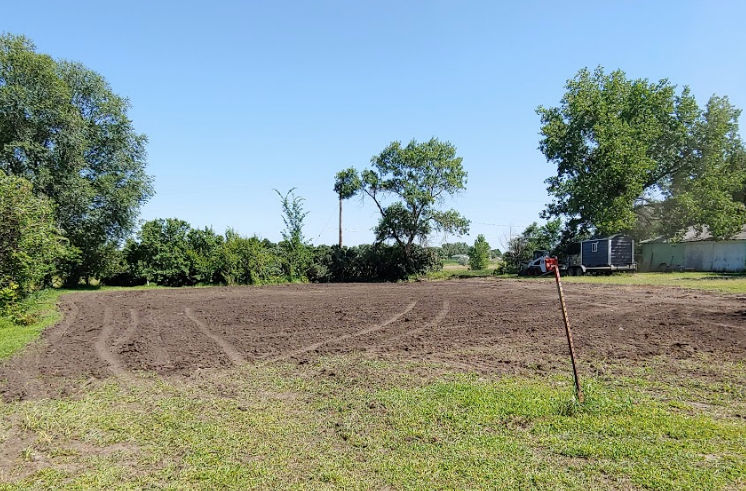 the healthy trees lining the property as possible. In the weeks following, the rubble of the home and greenhouse was removed and the basement was dug up and filled in. (Nearly 40 loads of rubble were hauled from the site!) With the wet spring, this process seemed more difficult, but it was finally completed near the end of May.

Throughout the summer, city officials met with leaders of the FFA chapter and alumni to coordinate construction of the site, determine further management duties of the garden, and create a plan for installing water spigots at the site. In addition, dirt fill was brought in, gravel was dumped, and community members leveled and packed the fill to support the raised beds.

On August 5, seven Doland FFA members, along with ten FFA alumni members, gathered to assemble six raised bunks for the gardens. The bunks measure 4x8 and are approximately 30” tall. Made of green-treated lumber, the bunks are reinforced by using aluminum corner plates and then lined with landscaping plastic. FFA members were part of the process from 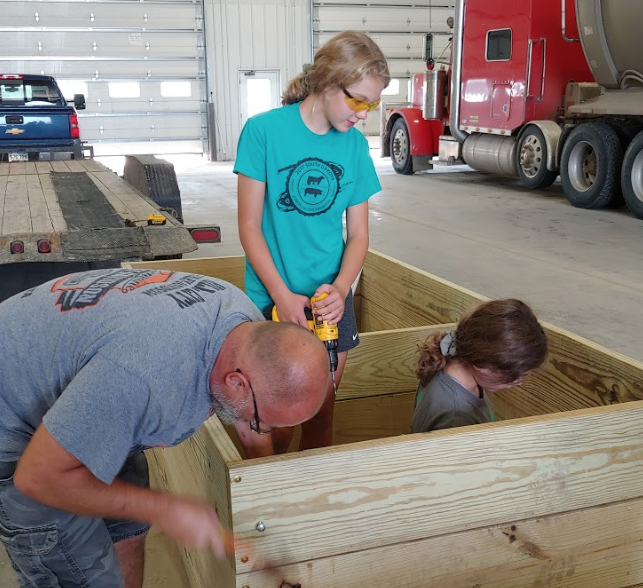 start to finish: cutting lumber, cutting aluminum, drilling holes for bolts, screwing wood planks together, cutting plastic, stapling plastic and everything in between! The Farm Forum from Aberdeen was present during the building process completing interviews as well as taking pictures and video clips for a feature story.

On August 11, the six bunks were placed at the garden site by FFA alumni and community members. Each bunk boasts 4-6” of clearance around its perimeter to allow for handicap and wheelchair access from all sides and to make bringing in future gravel and/or concrete easier. The bunks were then filled with soil.

In all, the project featured help from over 30 Doland community members as well as seven Doland FFA members. The majority of the labor done at the site was donated by said community members, other than the demolition and hauling of rubble from the site. Construction on the site will continue into the fall to enhance the aesthetics including a retaining wall along the north edge of the beds, tree trimming, and a more welcoming entrance to the site.

The beds will be ready for their first gardens in the spring of 2020!