Warren Truitt's "The Three Sisters and S.T.R.E.A.M. Education" received a $600 Grants in Place award to support a gardening project at Mount Olive Primary School that reconnected rural-based students to the land around them, and introduced them to some of the practices and legends of the indigenous peoples who once lived in this area.

Our Alabama Grants in Place program is offered in conjunction with our Alabama Hub at the University of West Alabama, Support funding for RSC's Alabama Grants in Place program is provided by Parker Griffith Family Foundation, University of West Alabama, Larry Lee, and the Alabama Friends of Rural Schools. Grant recipients attended the Digging Into Rural Traditions (DIRT) Conference at UWA on September 18, 2018.

We are pleased to provide this final report on "The Three Sisters and S.T.R.E.A.M. Education" from Mr. Truitt: 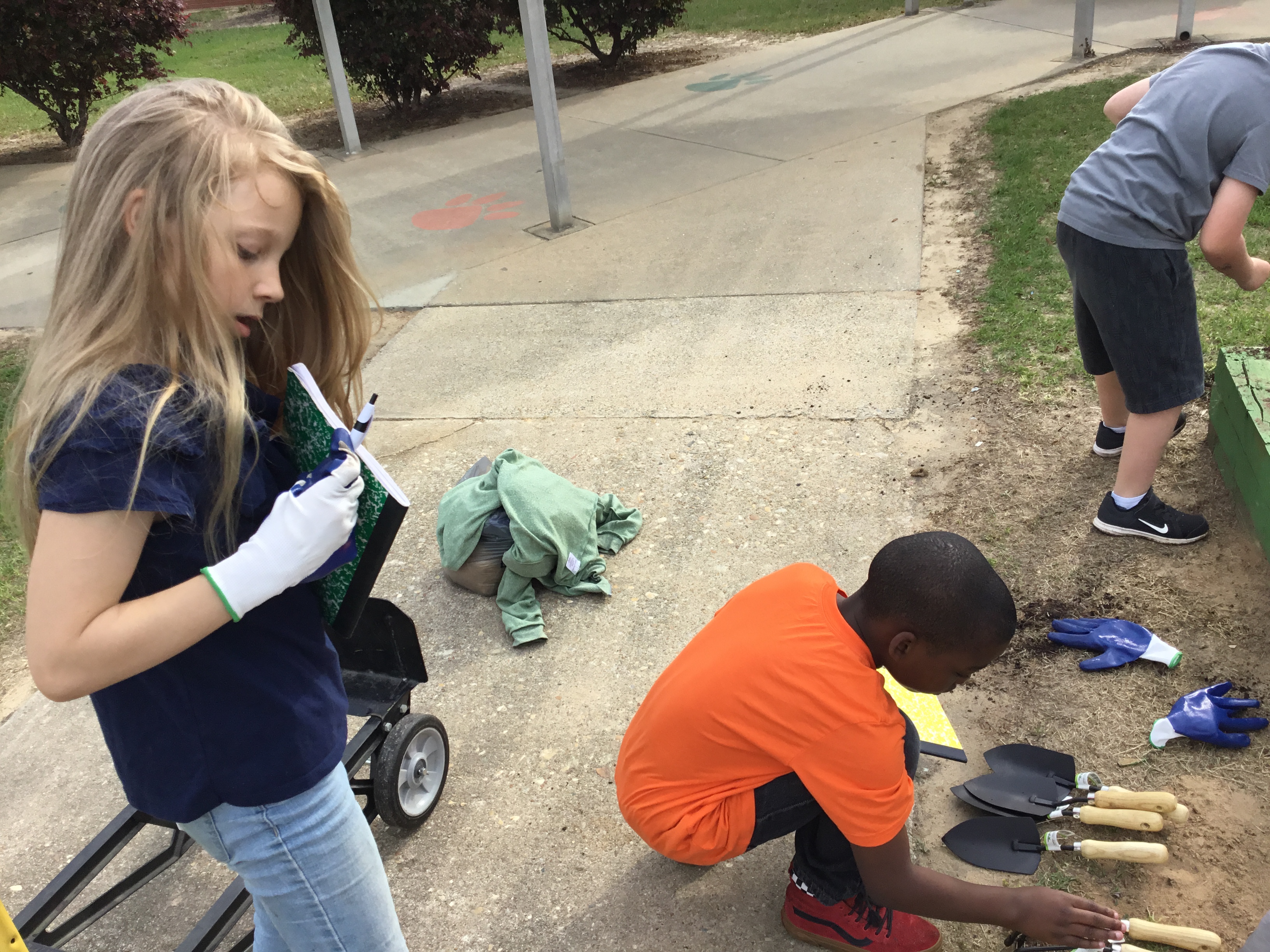 "To be honest, my goal was not to grow vegetables. If no sprouts ever poked their heads through the soil we spread out, that would have been ok with me. My goal was to see these students think their way through a no-stakes project, to give them the freedom and luxury to get things wrong several times before the light bulb appeared above their heads.

I chose a team of 2nd Grade students who might otherwise get overlooked when it comes to group participation or individual autonomy: the intelligent but overactive student; the less-fluently reading math whiz; the quiet, reliable student who struggles academically but works harder than most. Our group of four were the test pilot of the first garden project initiated at Mount Olive Primary School. Several of our meetings took place in our newly-built outdoor classroom, the grant for which coincided with the one received by Rural Schools Collaborative. 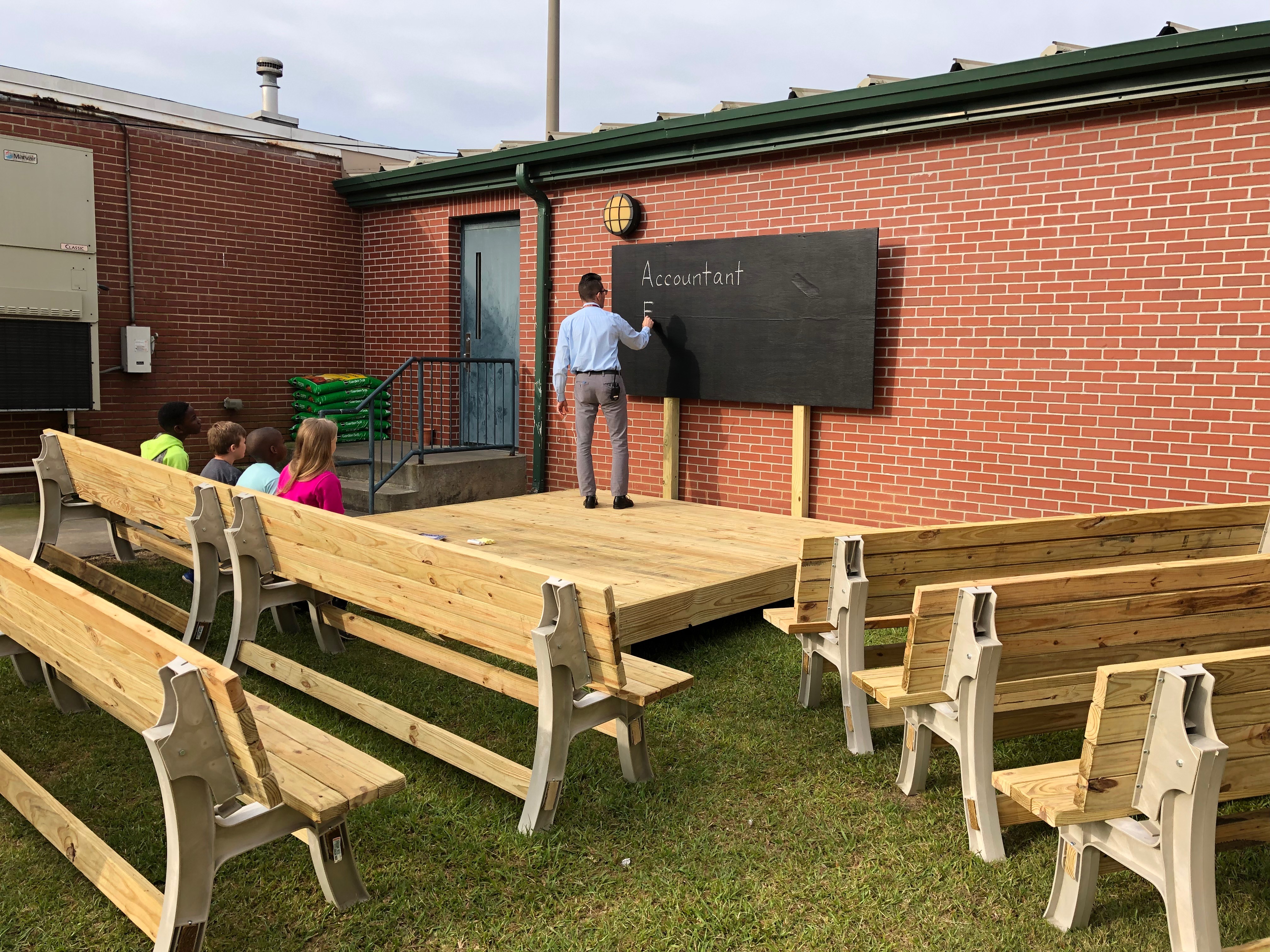 We started by choosing roles. One student acted as our researcher, one as our accountant, and two were equipment managers. Each time materials were purchased, our accountant used his exceptional math skills to keep track of amounts spent and remaining. Our researcher shared information she found about both the Three Sisters legend and the planting and upkeep of squash, pole beans, and corn. All tools were accounted for every Tuesday and Thursday morning, our garden times, by our equipment managers.

Their roles gave them a sense of responsibility, exclusivity, and pride; their classmates knew they were reporting to gardening club, and they were really jealous! One requirement was that each student keep a journal in which he or she could write or draw about the project. Whenever I came by the classrooms to pick up our gardening students, they would jump up and grab their journals without me having to say anything! Their entries could be as general or specific as they wished: one chose to draw detailed pictures of each weed, sprout, or insect they found in the four raised beds; another kept meticulous lists of equipment prices and budget numbers. 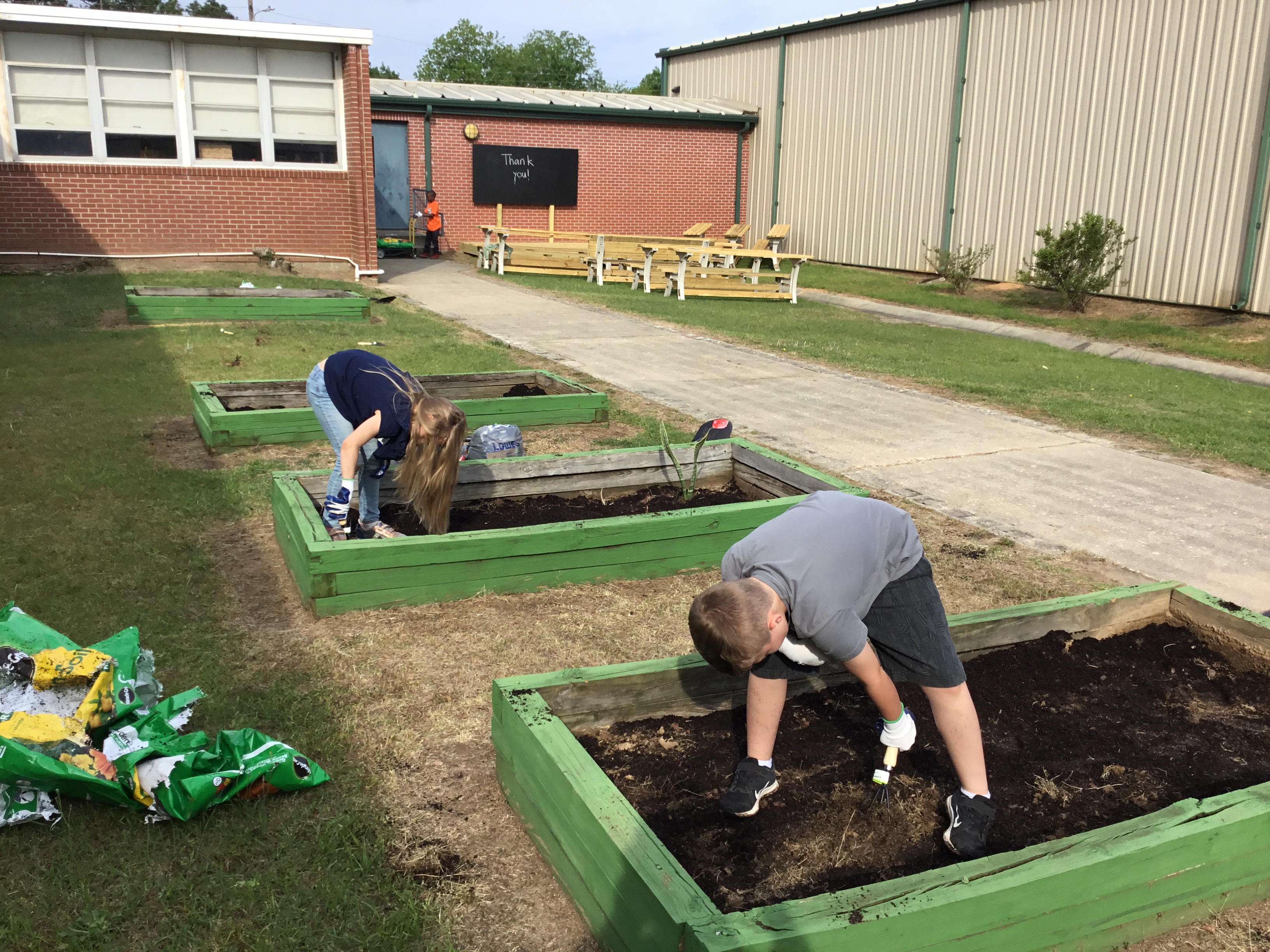 The students voted to sell whatever crops they might raise at a stand right outside the front door of the school, so that parents and families coming through the car rider line would see the results of their hard work. They also wanted to invite to campus some people who specialize in gardening and plants. Our researcher helped us find Meredith Shepherd and Ayanava Majumdar, Alabama Extension agents based in Phenix City and Auburn University, respectively.

I was most proud of our students for their enthusiasm. I felt like this project gave them a chance to display their talents for all to see, talents that might never burst to the surface in a classroom setting. Eventually, word got around about what the 2nd Grade gardening crew were up to, and a Kindergarten class wanted to get in on the action, as you can see in the photos of them planting a flowering plant with their teacher. Our students’ eagerness and interest were especially evident when, at the end of the school year, they asked if they could come back and be in charge of the garden as 3rd Graders! We are all looking forward to a summer crop and to planning for a fall/winter harvest, thanks to Rural Schools Collaborative." 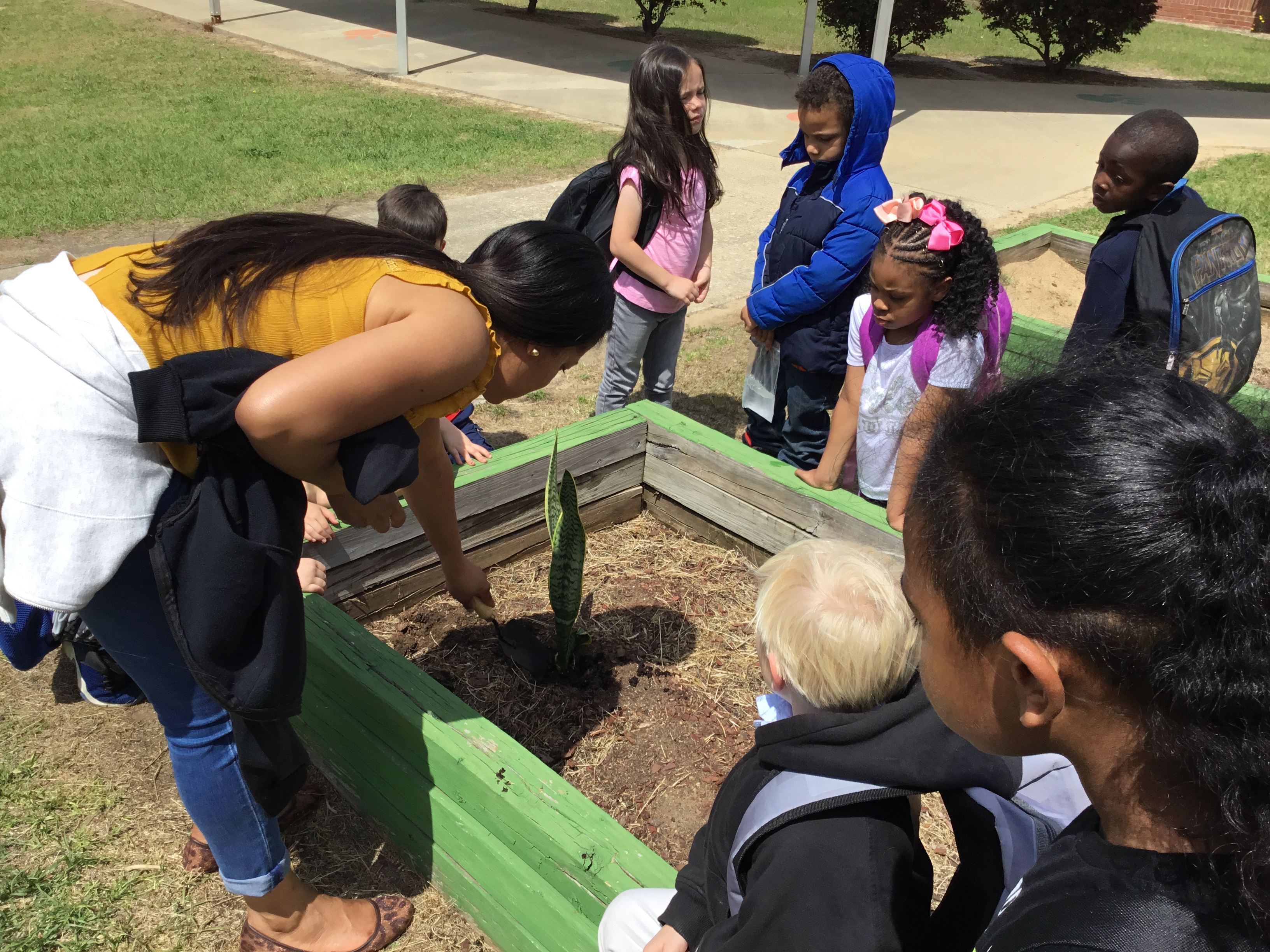 We invite you to learn more about our 2018-19 Grants in Place program! Also, we encourage you to check out our web section on the value of place-based education.