Lessons from Lessons: Assessing a place-based project in Arkansas 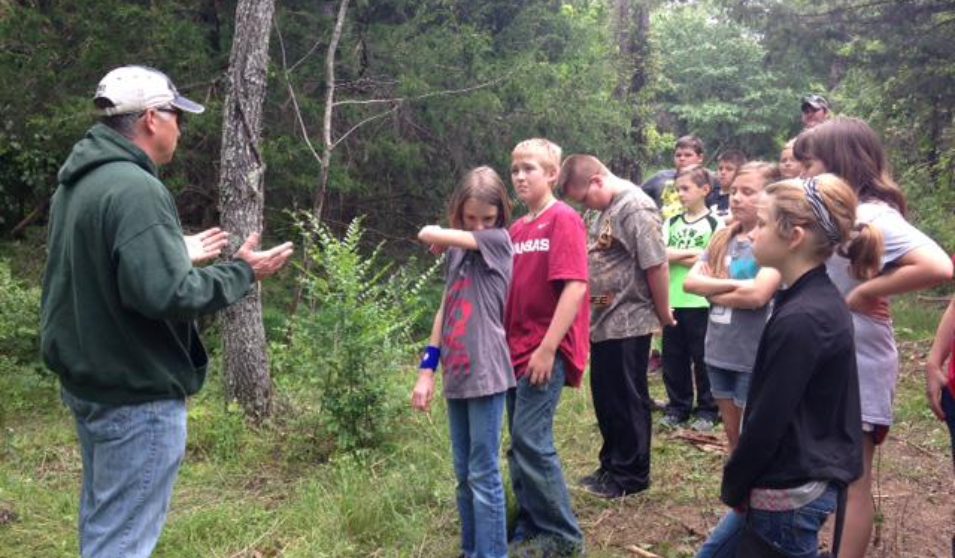 (Editor's note: Shelia's grant project was focused on the study of disrupted habitats)

As we are wrapping up the school year I wanted to let you know about what the students did this year in relation to the Grants in Place proposal. We really ran into some barriers with people not wanting us on the land that had been clear cut because they were afraid it might cause some problems in the community. However, I was finally able to make a connection, but it wasn't until the first part of May, which really put us in a time crunch.

Anyway, what the students did was first learn about various things such as weathering, erosion and deposition. Then we also reviewed habitats, basic concepts of ecology, and natural selection. The students also learned about things such as latitude and longitude, using GPS for mapping, etc. Then along with that they learned about the economics behind the logging industry (as large companies own large sections of land in the communities) and various types of logging such as clear cutting vs selective cutting. This is where our field work comes in. The students met with Mr David Mitchell, Division Chair for math and science at Ozarka College, and toured different areas. First, they went to an area that had been selectively cut for only pine trees. They took a little bit of data here including GPS coordinates, tree measurements, and looked at the overall impact to the land and the species (both plants and animals) found there. They also looked at the potential for erosion and identified areas where erosion might occur and what could be done to prevent that and the impact it would have. Next, they traveled to an area that had been totally clear cut. All of the same was discussed.

The focus was on erosion and the impact to animals that once made their home there along with the replanting that had just been done. Mr Mitchell discussed how the area would be transformed from one with a wide variety of species of trees to one with a single species of trees and how this would impact the habitat as a whole. The students also made predictions about how long it would take for the trees to grow back to the size of those in the land surrounding the clear-cut area.

The last place we visited was an area that had been completely clear cut somewhere between 10 and 12 years ago. The students stopped and again took various measurements such as trees size, GPS location, etc. Since the project began late in the school year we discussed that we would keep our data until the beginning of next year to actually do anything further with it. The rest of the school year was tied up with trips, parties, ceremonies, etc.

The plan is for the students to continue to monitor these areas and eventually make a map using the 3-D printer of what these look like. For this year, the students did not use the 3-D print printer related to this specific area of focus. Using the printer is rather complicated (editor's note: the grant funded the purchase of the printer), and it is going to take a little more training to do these specific things rather than when we can just scan in a specific image. It is my goal to have all of this implemented next year. Again, I thank the Rural Schools Collaborative and the Rural Community Alliance for the opportunity that you've given us with the grant money, and I will continue to keep you updated.

Below: Students hike through and see firsthand the impact of clear cutting. 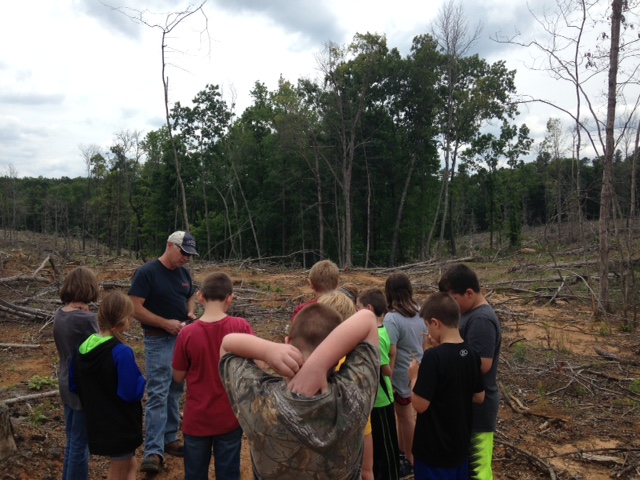