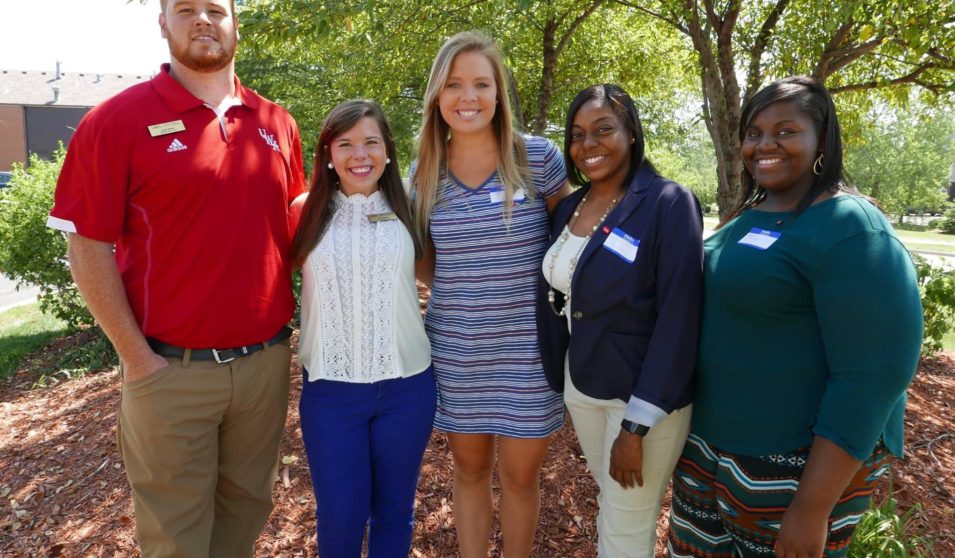 The University of West Alabama's Black Belt Teacher Corps has been a leading force in innovation around rural teacher preparation. Hoping to capture their progress, the UWA Center for Rural Education team launched a full-scale survey seeking to track the progress of teacher corps graduates. The results of this survey are shared from UWA below, and reveal the power and possibility of rural teacher preparation efforts in making a state-wide impact in the education sector. Thank you to our Alabama and The Black Belt hub partners at UWA and Black Belt Teacher Corps coordinator, Susan Hester, for sharing this report!

The Black Belt Teacher Corps Teach for Alabama teacher scholarship program is operated out of The University of West Alabama, a historically significant former “teachers’ college” that serves some of the poorest counties in the State of Alabama.

UWA has the following designations:

PBI (Predominantly Black Institution) Under Title III, Part A, section 318 of the Higher Education Act of 1963, as amended (HEA) (20U.S.c. 1059e), PBIs are defined as institutions that: 1) serve at least 1,000 undergraduate students, 2) have at least 50% low-income or first-generation degree seeking undergraduates, 3) have an average educational and general expenditure that is low per full-time undergraduate student in comparison with other institutions offering similar instruction, and 4) enroll at least 40% African-American students. Under this designation, the University is eligible to receive funds from both competitive and formula grant programs serving PBIs.

MSI (Minority Serving Institution) MSIs are institutions of higher education that serve minority populations. As defined by the US CFR Title 34-part 637.4 a Minority Institution is an accredited college or university whose enrollment of a single minority group or a combination of minority groups as defined in this section exceeds fifty percent of the total enrollment. The Secretary verifies this information from the data on enrollments (Higher Education General Information Surveys HEGIS XIII) furnished by the institution to the Office for Civil Rights, Department of Education.

Race and Equity The University of West Alabama has been recognized with high marks in a national review conducted by University of Southern California’s Race and Equity Center. The study included 506 public, non-specialty four-year colleges and universities across the nation with a focus on the opportunities provided for minority students to be successful in higher education. Of the 506 institutions reviewed, UWA was one of only 17 nationwide that scored 3.25 or higher on the equity index, based on a scale of 4.0, and only three of those scored 3.5. The ranking places UWA at the top of the list for Alabama schools included, with the next highest Alabama school earning an equity index of 2.5, and the lowest Alabama school earning a 1.25 equity index

The Black Belt Teacher Corps was approved for funding by the Alabama legislature in October of 2016, and has been operating at The University of West Alabama since this time. The Black Belt Teacher Corps Teach for Alabama program includes all counties in Alabama as sites for teacher scholars to complete their three-year employment commitment. The BBTC Teach for Alabama program currently serves thirty-six (36) scholars, with applications open throughout the year. The program requires scholars to commit to teaching in an Alabama public school for at least three years post-graduation. Participants receive a $5,000 scholarship per year during their junior and senior years of study. These scholars participate in many leadership and training sessions. Also, BBTC scholars complete Community Service Projects within the schools or communities they serve. Service projects include makerspaces within school settings, place-based agricultural programs, literacy centers, physical education kits and supplies, parents as teachers programs, student clothes closets, and a student/family food bank. To date, the program has placed thirty-eight (38) teachers in Alabama classrooms, with more graduates to come.

As of the 2021-22 school year, 100% of BBTC teacher scholars continue employment as teachers in Alabama. Black Belt Teacher Corps Teach for Alabama scholars have a 100% passage rate on the Praxis tests required for teacher certification, plus a 100% passage rate on the edTPA assessment, a national assessment required by Alabama for teacher certification. BBTC teacher scholars remain a part of the BBTC program through coaching and continued professional development trainings for their initial three years of teaching. BBTC teacher scholars receive one-on-one professional coaching during their first year of teaching service. Teacher effectiveness increases are documented at the end of this request.

We extended our reach and scholarships to future Alabama educators pursuing certification via different pathways than the traditional college student. The BBTC began offering scholarships to Alternative A education students (students with a BS degree who are pursuing a Master’s degree in education to qualify for an initial teaching certificate), Assistant to Teacher students (employed public school teacher assistants working toward a BS degree in education), online undergraduate education students, and Teacher Cadets (students graduating from high school with the college credits needed for admission to the UWA Teacher Education Program). In most cases, these educators are already established in their communities and schools and are a natural fit to return and serve as teachers for the next generation of students. Scholars in these pathways commit to teaching in an Alabama public school for at least three years in return for the scholarship.

All additional scholars receive leadership and training sessions. Each scholar has the opportunity to plan and execute a Community Service project to help their community or school. As these scholars graduate and join school districts as teaching faculty, they will remain engaged in the program as mentors and exemplars.