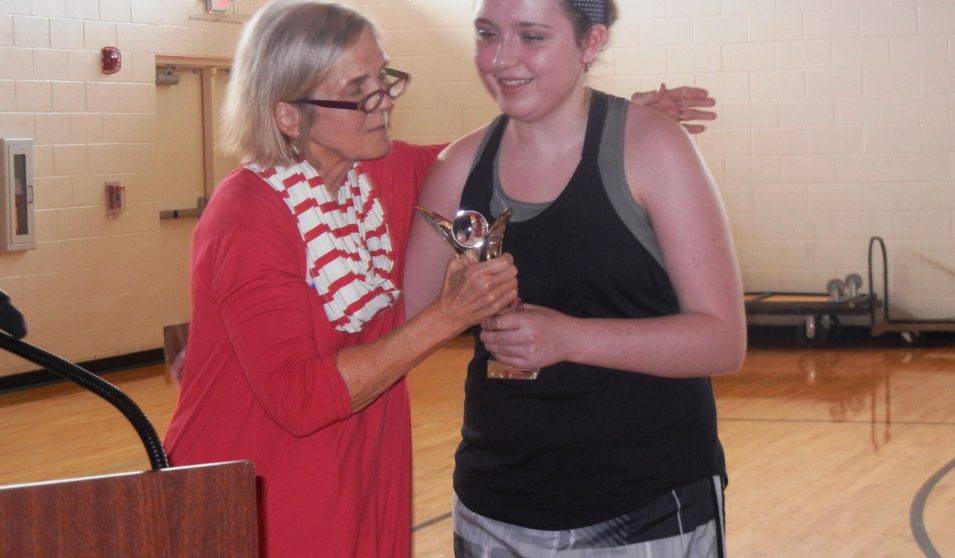 It was a day of celebration on April 23 at the Rural Schools Partnership’s annual Rendezvous, which this year was hosted by the Reeds Spring R-IV School District at Reeds Spring High School.


The Rendezvous featured the annual awarding of Coover Place-Based Education Grants, this year totaling $72,000 to four groups. The RSP also introduced the nine members of the newest class of the Ozarks Teacher Corps, a cadre of teaching education majors who have a special interest in rural schools and plan to teach in a rural district after graduation.

The day also included a keynote presentation by Lavina Grandon, a key player in rural districts’ fight against Arkansas’ controversial Act 60, which consolidated scores of districts in that state. Former CFO president and RSP founder Dr. Gary Funk, now a board member with the Rural Schools Collaborative, also spoke.

But the heart of the day was wrapped up in two individuals – both from Reeds Spring – who were honored for their contributions to the Stone County town and district.

The other award was the inaugural Arthur Mallory Award, named for the former Missouri Commissioner of Education, who was vital to the RSP’s establishment and a former CFO board chair. The award went to longtime Reeds Spring administrator Jim Holt, a volunteer leader of both of the district’s very active education foundation and the Table Rock Lake Community Foundation.

This article was reprinted with permission from the Community Foundation of the Ozarks.