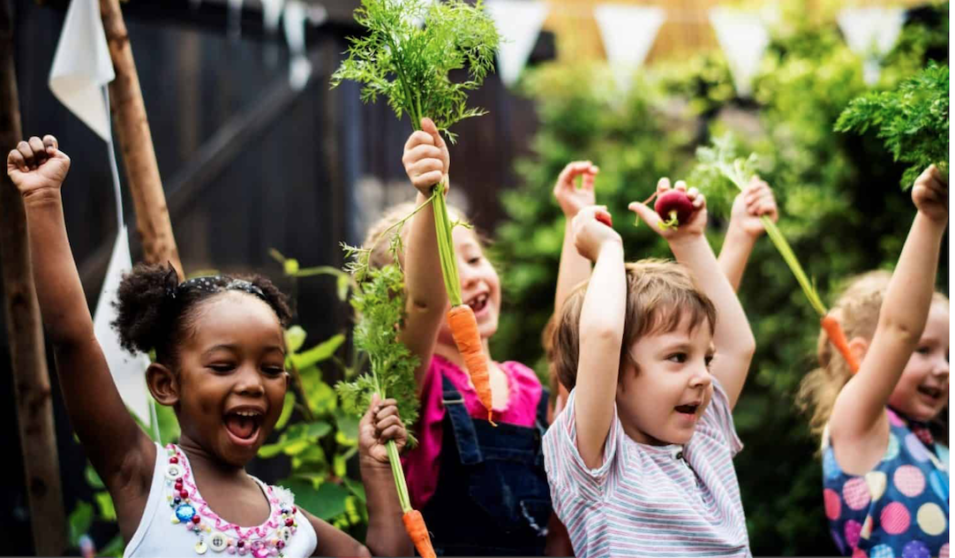 The food served to students at lunch or breakfast in our school is a critical part of the education system. As such, it is imperative that we optimize it to give the best results for our students and for our planet. Many schools have been finding ways to do this though increasing the sustainability of their food, sourcing it locally to benefit local economies, and raising the quality of the food they serve.

Every year schools serve over 7.5 billion meals to students in the U.S. This has made school food an $18 billion dollar industry. It is critical to our students, with over 30 million of them eating at school every week. This makes school food an important part of our overall food system, and one that can be influenced by the actions of all schools.

The sustainability of school food has a significant impact on the world. Globally, agriculture accounts for 10 percent of U.S. carbon emissions. There are several ways to reduce the impact of school meals. Reducing the amount of meat consumed is one way. This is because meat, especially from feedlots, is more energy intensive to produce than the equivalent calories in plants. Meatless Mondays have been implemented by hundreds of school districts as a way of cutting down on meat while ensuring sufficient variety and nutrition for students.

Reducing Food waste can also have a significant positive effect. The national school lunch program wastes an estimated $5 million in food per day, or around $1.2 billion per year. The less food wasted the less food needed for school meals, and therefore less environmental impact. There are several reasons food is wasted, such as students not eating food because the quality is low, or students being forced to take food they won’t eat to meet school or national guidelines. Additionally, students are often given only 20-30 min or even less to eat, which is often too little, especially if they have to wait in line to get it in the first place. Some schools have come up with clever solutions, like in Connecticut where schools in Wallingford saved 7.5 tons from being thrown out. This food was able to be donated to local nonprofits. However, increasing the quality of food and increasing the time given for meals would be the most effective national solution to reducing food waste.

Plastic pollution is a growing concern, whether in landfills or the ocean. Schools can reduce their plastic pollution by adopting compostable or reusable serving ware. Some cities and schools have successfully adopted bans on Styrofoam. However, the pandemic has been a setback, with many places increasingly their use of single use items, including at Luther College, which normally uses reusable serving ware.

Finally, locally sourcing school meals has been a boon to both food quality and

lowers transport emissions while boosting the local economy. Nationally, an estimated 42% of districts participate in farm to school programs. In North Carolina, schools can directly order produce through the state’s department of agriculture, with 79 school districts ordering $1.7 million in produce. Nationally, the USDA runs the Farm to School Grant Program, which has distributed over $52 million in grants since its inception. Recently, a bipartisan group of representatives introduced the Farm to School Act of 2021, which would increase the programs funding to $15 million annually. Increasing the number of farm to school programs would benefit both the students and environment of the U.S. In combination, by reducing meat, waste, and plastics in a systematic fashion, we can significantly increase the sustainability of our school food system.