When Albert Bryant found out he would be returning to his hometown as the high school math teacher, he knew he would see familiar faces. 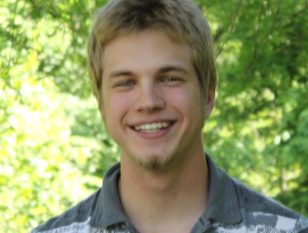 Since 2010, scores of young educators have graduated from the Ozarks Teacher Corps, with a rural school teacher-placement rate of better than 90 percent. This summer we will profile 13 of these teachers who are making a difference for rural Ozarks students and schools. These interviews were conducted and profiles written by English and Writing students at Drury University.

When Albert Bryant found out he would be returning to his hometown of Everton, Mo. as the only high school math teacher, he knew he would see some familiar faces. After attending Drury University for four years, returning to his hometown would bring back many memories. Perhaps the most unique dynamic he encountered in his first year at Everton was teaching his younger brother college algebra. “Nothing really prepares you for that,” says Bryant. “It was interesting, to say the least.”

While this situation may seem particularly unique, it is in fact the reality for many who return to their hometown after attending a four-year college. Bryant and many other teachers are forced to reintegrate themselves into their alma mater. They have to get used to calling their old teachers by their first names, they have to face fellow teachers and administrators who might still see them as a student, and, of course, they might have to teach students with whom they have pre-existing connections.

Small communities where “everybody knows everybody” also can be a huge benefit for Bryant and many others who chose rural living. When it’s time to show up, the entire town comes together. Whether that’s at a sporting event or after a member of the town goes through a tragedy, rural communities know how to support one another. Their pride in their town runs deep, and this powerful connection is what made Bryant want to return home to Everton and to rural living.

Everton pays the state minimum in teacher salary ($25,250 for teachers with a Bachelor’s degree according to the Missouri State Teacher’s Association), not because they want to, but because they must. Sales taxes are low in Everton because there are few businesses, and this leads to minimal school funding. Because of this, districts like Everton are typically not a first choice for new teachers. While programs like the Ozarks Teacher Corps help this issue, the issue of teacher turnover is still a problem.

“The money [from Ozarks Teacher Corps] was a huge benefit, otherwise I would have just been looking for the highest paying job,” Bryant says. However, during his two years at Everton, Bryant still had to work a second job. The time commitment eventually put too much strain on Bryant and his family, so he went elsewhere.

Time for a Change

After two years at Everton, Bryant had to make the decision to move to Ozark High School. While the community is still small, especially compared to its neighbor, Springfield, Bryant was still moving from a school of 150 to a school of 1,500. From the time he entered the school for his first summer meeting, he felt the culture shock. After trying to find his way out of the three-story building for far too long, he was forced to walk all the way around the building to his car.

His decision to move was made for a couple of reasons. “One of the downsides of a rural school is there is often little support in the same content area for teachers,” he explains. At Everton, he was the only high school math teacher and missed mentorship opportunities to help grow his ability to lead a classroom. He had support from other teachers about general teaching matters, but no one to turn to when he had specific questions about teaching his subject. At Ozark, he is on a team of 11 math teachers, with whom he can talk about lesson planning and get guidance on how to teach specific topics. Since moving to Ozark four years ago, Bryant says his skills and knowledge have grown exponentially, and he is excited to pass on his expertise to future teachers looking to make a difference.

“I am a firm believer in the Ozarks Teacher Corps and what the Community Foundation of the Ozarks is doing,” Bryant says. The networking has been a major benefit for him through his career as a teacher. He encouraged more networking between current members going through their undergraduate and alumni teachers already pursuing their careers. “I now have a wealth of knowledge and information and instructional strategies that I didn’t have when I went into teaching at Everton,” he says.

Bryant has now seen the issues facing education from many viewpoints, and he knows education must go through a massive remodel. “People are changing and students are changing but education is not changing. We need to reshape how we do what we do in the classroom.”