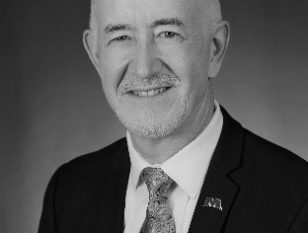 Dr. Tony Norman currently serves as Provost and Vice President of Academic Affairs at Morehead State University. He came to Morehead State as the Ernst and Sara Lane Volgenau College of Education Dean after an extensive 24-year career as a faculty member and administrator at Western Kentucky University (WKU). His administrative roles in WKU’s College of Education and Behavioral Sciences included serving as Associate Dean for Retention, Persistence, and Degree Completion, Interim Director of the School of Professional Studies, Director of the Educational Leadership Doctoral Program, Interim Chair for the Department of Educational Administration, Leadership and Research, and Associate Dean for Accountability and Research. He began his administrative career as Assistant Dean for Assessment and Accountability in the College of Education and Human Services at Longwood University in Virginia. Prior to entering administration, Dr. Norman moved through the faculty ranks in WKU’s Department of Psychology where he held tenure as a full professor. He holds tenure as full professor in Morehead State’s Department of Foundational and Graduate Studies in Education.

As the newly appointed Provost, Tony plans to expand his recent initiatives related to regional responsiveness university-wide. As dean, Tony led Volgenau College into a partnership with the National Rural Education Association (Chattanooga, TN) and the Rural Schools Collaborative to serve as the Appalachian Hub anchor for Kentucky, Tennessee, Virginia, and North Carolina. He also guided Volgenau faculty and staff to build stronger connections to the east Kentucky rural counties Morehead historically serves even while expanding Morehead’s presence into neighboring urban settings. Early results included the establishment of the Volgenau Scholars and Appalachian Future Educators Scholars programs to attract and support future educators committed to returning to teach in the region.

During his time at WKU, as Associate Dean for Retention, Persistence, and Degree Completion and Interim Director of the School of Professional Studies, he worked with colleagues on a “last dollar” scholarship funded “Project Finish” to encourage former students with less than 30 hours needed to graduate to return and complete their degree. As the first full-time director of WKU’s newly launched Educational Leadership Doctoral Program, Tony moved the program from a “concept on paper” to a full-functioning program with over 100 doctoral students enrolled by focusing on strategic planning aligned with WKU priorities and procuring grant dollars for scholarships to attract more international students and those from diverse backgrounds.

As Associate Dean for Accountability and Research, Tony successfully collaborated with faculty and administration within and outside the college to revitalize accreditation and assessment efforts; under his leadership WKU was prepared fully one year ahead of the scheduled accreditation visit. Furthermore, Tony coordinated the development and refinement of a “home-grown” web-based electronic assessment system that resulted in WKU receiving the 2008 Christa McAuliffe Award for Excellence in Teacher Education and that for several years AACTE highlighted as an annual meeting pre-conference workshop.

Through collaborative relationships with colleagues, Tony has published nearly 40 articles and technical reports, conducted close to eighty national presentations, served as external evaluator for five U.S. Department of Education funded grants, and served on numerous state and national professional boards and committees. He helped establish WKU’s undergraduate SKyTeach STEM education program and, in partnership with Louisville’s highly diverse Jefferson County school district, the graduate GSKyTeach teacher residency program. For five years, he directed evaluation of the Kentucky Green River Regional Educational Cooperative’s $42 million Race to the Top-District Project. Most recently, he and others worked with the Kentucky Transportation Cabinet to develop, disseminate, and analyze results from its statewide REAL-ID Survey.

Tony earned his Ph.D. in Educational Psychology from the University of Virginia in 1990. He participated in the American Council on Education (ACE) Fellows program (Class of 2018).