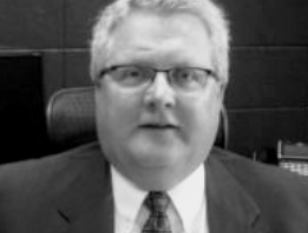 Steven L. Johnson is the superintendent of schools for the Lisbon Public Schools in Lisbon, North Dakota. Dr. Johnson returned to his hometown of Lisbon to become the superintendent of schools in 1993, which was the same year as his 20th HS Class Reunion. He is 4th generation of his family to live and work in Lisbon. Dr. Johnson’s great grandfather homesteaded in Lisbon, Dakota Territory in 1880. His grandfather served on the Lisbon school board from 1929-1937 during the Great Depression and his father served on the Lisbon school board from 1956-1962 during school consolidation.

Dr. Johnson began his teaching career in Tioga, North Dakota, located in western North Dakota oil county, as a social studies teacher and wrestling and football coach in 1977. In fact, the first five years of teaching, Dr. Johnson worked on oil drilling rig during the summer months to pay for his teaching habit. He was also an administrator and teacher for Oak Grove Lutheran School in Fargo, North Dakota before coming to Lisbon.

Dr. Johnson is an author and peer reviewer for the Global Education Review periodical. A special interest of Dr. Johnson is the impact of declining enrollments in rural school districts. In addition to his superintendent duties, Dr. Johnson runs a cattle operation with his brother and cousins on land in Ransom County.