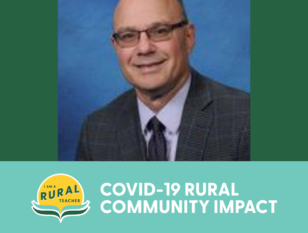 We are asking how COVID-19 is impacting rural communities. Read below for a perspective from Superintendent Jon Cerny of Bancroft, NE, about how ISPs are working to support rural and tribal lands. You can share yours here: http://bit.ly/iaartcovid

Verizon agreed to sell Thirteen jet-packs units for $200 each. The agreement was to charge the school $300 per month for high speed internet for the jet-packs.

Jet-packs were distributed to the families that requested them. The Jet-Packs have a data limit and families were instructed to use them for schoolwork and not for streaming or gaming. One family of four, including an 8th grade student that attends classes through zoom daily, ran out of data after two weeks. They still receive internet, but at a greatly reduced speed. that family goes to a grandparents house to complete their schoolwork. All zoom class sessions are recorded and available for students.

Bancroft-Rosalie School has achieved 100% of Internet Service to all families served by the school. Some issues of data and speed have not been resolved.

In addition, Bancroft-Rosalie School has been involved in talks with Nebraska Indian Community College and its President Dr. Michael Oltrogge to apply to the FCC to get EBS 2.5 GHz licenses for K-20 student households so they can receive (hopefully free if the tribes agree) wireless broadband on or near Omaha and Santee tribal lands. Others involved include the Nebraska Department of Education, Nebraska Educational Television, the Office of the Nebraska Chief Information Officer, and three other schools- Santee, Walthill, and Omaha Nation. Dr. Oltrogge believes NICC will have Covid-19 funds available for the project, but may need some additional assistance, so keep us in mind. Thanks.