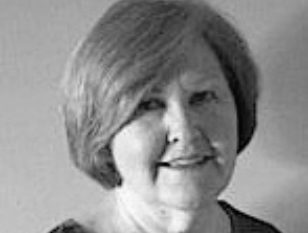 In 2003-2004 Grandon led the state-wide grass roots opposition to an effort by the Governor of Arkansas and his allies in the Legislature, press, and business community to consolidate any school district with fewer than 1,500 students. As spokesperson for a coalition of grass-roots and rural education interests, Grandon organized local, regional, and state-wide rallies; led a media campaign; produced educational materials; and helped shape a positive reform agenda that led to greater educational equity and adequacy for public school students. This group was successful in getting many of the reforms passed that garnered Arkansas a 5th place overall ranking in Education Week’s 2012 Quality Counts report on the state of education in the nation. They were able to get the minimum enrollment number reduced from 1,500 to 350 students and still fight to save every rural school they can from consolidation.

To promote quality education for all students, Grandon and other leaders of the grass-roots group formed a permanent advocacy organization, now called Rural Community Alliance, which has more than 1,700 members in 61 local chapters in low-wealth rural communities throughout the state. The purpose of Rural Community Alliance is to empower low-income community members to improve their schools and their communities, creating a better quality of life and more opportunity for themselves and their children. The organization uses an intergenerational model of organizing, engaging community members from the youngest to the oldest.

After retiring from teaching in 2007, Grandon became the President and Policy and Education Director of Rural Community Alliance. She leads the organization’s education advocacy in issues its members determine to be important to them as well as several issue campaigns of which the organization is a part: The Arkansas Opportunity to Learn Campaign, the Arkansas Grade-Level Reading Campaign, and the national Formula Fairness Campaign. Currently the group is advocating for expanded pre-K opportunities, after-school and summer learning programs, increased parent and community involvement, improved teacher and administrator preparation, the Arkansas Dream Act, and opposition to unlimited charter schools and vouchers.

Grandon is married with two grown children and four grandchildren.