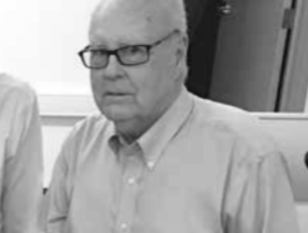 Michael Robinson began his education career in 1965 as a research associate for a US Office of Education project to determine the “Effectiveness of the Consensual Approach to Vocational Curriculum Development” conducted jointly by Trenton State College and the New Jersey Department of Education. From there Robinson became curriculum coordinator, lead teacher for basic skills and, subsequently, Director of Instruction (Principal) at the Newark Skills Center, a NJ DOE career center for adults where the first individualized basic skills learning laboratory in New Jersey was established and the effective practices of the Newark Skills Center were transmitted to two maximum security prisons in the form of the State’s first vocational instruction programs, led by Robinson, in such prisons.

That assignment led to a similar position at the N. J. State’s Center for Occupational Education, Experimentation, and Demonstration, an experimental career-focused school which student body came from Newark and surrounding community high schools. Students were sent to this school as an alternative to dropping out or being expelled. During Robinson’s tenure over 71% of the Center’s senior students went on to 2 and 4 year higher education or military service. It was the beginning of his quest to design and develop systemic learning models using the technology of the day and to create a unique supportive school culture leading to student achievement.

In 1979 Robinson became senior vice president of Prep International and headed a team of educators who designed and set up mobile and fixed-facility vocational programs in rural Central and South America as well as in the rural areas of the Middle East and Great Britain.

In 1981 he and Joanne Moy established Princeton Assessment & Training Systems, Inc. and operated it until 2008. During that period of time Robinson developed PerformancePath, an efficient manner of conducting job-task analyses, performance test design and on-the-job training programs for business and industry. Companies wishing to attain ISO certification have used PerformancePath extensively. Robinson and two others developed the JERMI learning model for maturing learners. The model was adopted as the structure for a web-based, career-focused academics program.

Mike is the primary designer of The Star Academy, dropout prevention and acceleration model used extensively in South Carolina and then in Arkansas, Missouri, Kansas, Florida, Texas, New Jersey, Georgia, Mississippi, Maine, and Alabama. Two programs using that model have been awarded the National Drop-out Prevention Center’s prestigious Crystal Star Award. He has headed evaluation teams in projects designing tools to evaluate the effectiveness of Career Tech Education in local districts in South Carolina and for the State of Alabama’s Career Tech system.

Robinson has spoken to groups in formal and informal venues throughout the country on issues surrounding the role of technology-driven systemic models of learning sponsored by Intel and the Center for Digital Education as well as on the subjects of school culture and, more specifically, managing student behavior.

Mike is one of two founding fellows of the Metis Leadership Group (est. 2008) which has developed and delivered leadership and professional development programs in 11 states. More recently Robinson in his role with Metis and the College of Education at the University of West Alabama has worked on designing, implementing, and field-testing the Culture of Achievement system for rural, under-resourced, schools.