Nate McClennen is Vice President for Strategy and Innovation at Getting Smart. 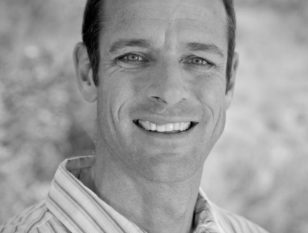 Nate McClennen is Vice President for Strategy and Innovation at Getting Smart. In this role, Nate lead strategic planning efforts for a variety of partners including schools, districts and learning organizations to imagine the future of learning.

Prior to his role at Getting Smart, Nate was at the Teton Science Schools, a nationally-renowned leader in place-based education. Nate also served as RSC's Northern Rockies hub contact and was the leader of Teton Science School's Place Network Schools, a comprehensive K-12 blended-learning program that combines an online learning experience with a place-based approach that helps students better understand and engage in local rural communities.

Nate was part of the founding faculty at Teton Science Schools' Journeys School in 2001 and was appointed Head of School in 2006. In 2015, Nate became the Vice President of Education and Innovation to focus on how to scale the impact of Teton Science Schools through technology, innovation, design learning, and school networks. Nate has been part of the leadership team at Teton Science Schools since 2011. Since 1993, he has taught science and math at the secondary level and science at university level. Nate received a Klingenstein Heads Fellowship in 2009 with Teachers College at Columbia University and taught as a field instructor for the graduate program in independent school leadership at Columbia University. He has served on various accreditation teams as part of Northwest Association of Independent Schools. During his recent years at Journeys School, Nate has taught calculus, IB Mathematics, leadership, and robotics. He also served as Director of College Counseling from 2006-2009. Nate believes that schools must connect students to communities in meaningful ways as a way to increase the capacity of the next generation. Outside of school he enjoys music, backpacking, biking, water sports, and soccer with his wife and two children.