An Idaho Case Study: How Giving Led to Culture Change

The Panhandle Alliance for Education's work has been transformational. 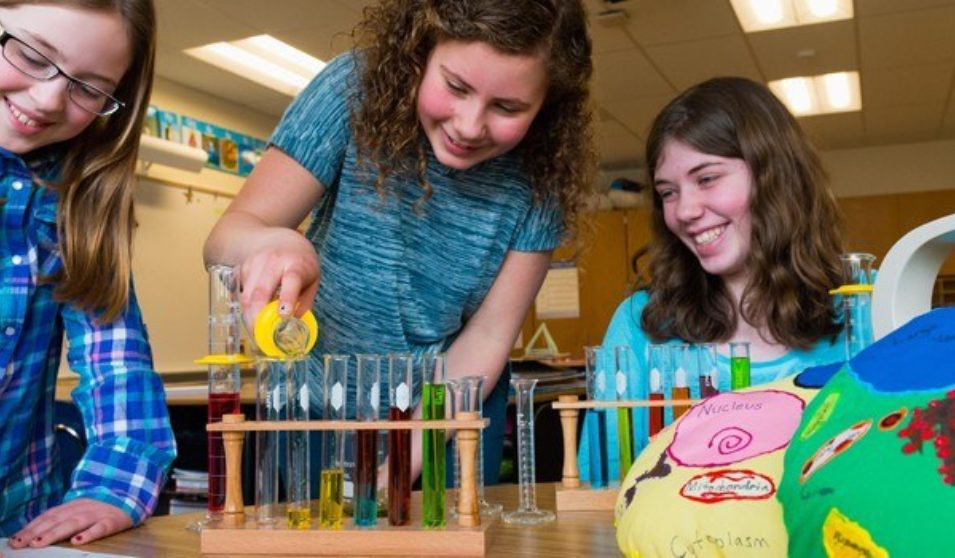 Editor's note: As we enjoy the Giving Season, we thought it appropriate to highlight an Idaho school foundation that excels at philanthropy. Idaho's Panhandle Alliance for Education is an exemplary organization: mission-driven, strategic, and student-centered. This article by Gary Funk, Rural Schools Collaborative director, shares their blueprint for success. For more on the importance of rural school foundations, read here.

Marcia Wilson moved to Sandpoint, Idaho from Seattle in 2003, after an 18-year career as a Product Manager in the software industry. With her eye for detail, she remembers observing a local school district that suffered from a lack of general resources, superintendent turnover, and low morale. “People had become increasingly frustrated by the state of the schools,” she recalled. “This hindered our ability to attract quality employers or employees.”

Prior to Wilson’s arrival Bill Berg and Mindy Cameron, also Seattle transplants, had moved into the area. Berg was a prominent attorney, and Cameron, for many years, had been an editor with the Seattle Times. “They were well connected business leaders,” said Wilson, “and they had experiences with community foundations.” This infusion of new social capital and the ongoing concern over the state of the schools eventually led to a small group of concerned citizens establishing the Panhandle Alliance for Education.

Serving the Lake Pend Oreille School District (which is based in Sandpoint, pop. 7,365), the Foundation has become a shining example of what can be accomplished when thoughtful philanthropy and public education collaborate in a meaningful manner. This group of citizens, business people and educators came together with a common concern about educational excellence within the school district. “The Foundation started with the premise that the education and the success of our children is not the responsibility solely of schools and teachers,” said Wilson. “Rather, it is a responsibility shared by all in our community. We believed that we all had a stake in helping young people succeed.”

The new Foundation board believed adamantly that the district’s rural geography should not be perceived as an impediment to creating a first-class school district. “We may live in a rural corner of the country,” wrote board member Chris Bessler in the Foundation’s case statement, “but there is no reason we can’t strive to make our schools as good as any in the nation – or the world, for that matter. Right here in northern Idaho, why can’t we strive to provide a world-class education for our children?”

“Of course,” Bessler added, “We had to have the resolve to strive for such an ambitious goal.”

In addition to this aspirational aspect, Wilson, Bessler and their colleagues believed the resources existed to build a strong school foundation. “Sandpoint is not a wealthy or affluent community per se," noted Wilson, "but we believed there was enough wealth and expertise to be successful.”

Launching the school foundation required a clearly articulated mission, and the Foundation’s board of directors approached this in a diligent and professional manner. In the end, they developed a three-fold mission that would drive the work of the organization in the years ahead:

Armed with a strong board and coherent mission, the Panhandle Alliance for Education was ready to get to work.

An Incremental and Logical Evolution

The work of the Foundation was purposeful, strategic, and, to some degree, sequential. It began with a grant program geared to the school system’s teachers. These annual grants were awarded district-wide to teachers and principals who sought support for educational programs, supplies or equipment not otherwise funded. Grant requests were judged for innovation, creativity, collaboration and impact on student learning.

“We believe the teacher grants slowly began to improve morale, engage more stakeholders, and helped create an environment that allowed the district to hire a stronger school superintendent with a good vision,” Wilson stated. The grant program also created greater visibility for the Foundation, which, in turn, led to stronger charitable asset development. This allowed the Foundation to make larger “investments” into the school district.

“Our funding was expanded for professional development for teachers at the district’s request. This led to a new reading curriculum, which turned into academic improvements in the area of literacy.” Wilson added, “This focus on reading led us into a second phase, if you will, a strategic programming phase that required larger investments but promised even stronger results.”

These broader programs included the READY! for Kindergarten Program, Volunteers and Invested Parents (VIP), the aforementioned CORE Reading Program, and a Career and College Guidance effort. It is this post-secondary focus that Wilson believes may have been the most important of all.

The post-secondary access program eventually funded an additional counselor and a career center, both of which were integrated into the high school experience. Again, Wilson: “The Foundation funded the effort for two years, and then the voters raised the local levee to fund it in a sustainable manner.” The impact of the increased investment has been tangible. “More kids are graduating with a plan,” she noted. “Many of these young people will be first-generation college students from traditional logging communities. I really believe this effort has bolstered their hopes and dreams.”

The teacher grants and the larger programming investments produced nothing short of a community “culture change.” Wilson and others noticed. “People began to feel good about their schools and how students were comparing to other districts at the state level.”

The Power of Partnerships

The Panhandle Alliance for Education describes an endowment as “money that is set aside in a dedicated, professionally managed investment fund. Creation of an endowment fund is common practice among successful nonprofit organizations that want to assure long-term financial stability and sustainability.” This kind of endowment building is particularly important to rural communities, which for decades have seen resources depleted through capital flight and the inheritance drain.

The endowment effort displayed the real savvy and experience of the Foundation board, as they knew better than to “go it alone.” Instead of flying solo, the Foundation’s board developed partnerships with the Idaho Community Foundation and the Inland Northwest Community Foundation. Wilson shared her colleagues’ reasoning for reaching out to the community foundations: “These folks are the experts. They do this work for large regions and the entire state. Their staff people are experienced and talented. In addition, these relationships prevent us from getting involved in a bunch of local issues when it comes to fund management.”

Besides leveraging the public foundations’ professional expertise, the Panhandle group established tangible goals to drive their endowment building efforts, setting an initial benchmark of reaching $5 million. Furthermore, they have adhered to an organizational discipline that ensures contributions to the endowment are made on an annual basis. Last year, $100,000 from overall contributions was earmarked for the endowment, adding to a fund that had already surpassed the $2 million mark.

We believe Panhandle’s approach to building a school foundation has been picture perfect. They got the right people on board. They took the time to plan, and they were strategic. Furthermore, they have adhered to a mission-driven philosophy and have had the discipline to set aside funds for what will become a crucially important endowment.

Superintendent Sean Woodward, now in his third year, accepted the position, “in part, because of the strength of the Foundation and more importantly, the positive community support that has resulted because of the work of the Foundation. The community support for our educators speaks volumes about the high value that parents and community leaders place on our public schools and the success of our children.”

So, as it would happen, in its quest to support teachers, the Panhandle Alliance for Education, has, in a sense, become a teacher in its own right, plainly illustrating for others how a rural region can come together to strengthen the educational fabric of a community.

Marcia Wilson, pictured below, brought more than 20 years of business leadership to the Panhandle Alliance for Education. She has served as the organization’s executive director since 2005. Thank you to Marcia for sharing her Foundation's story. 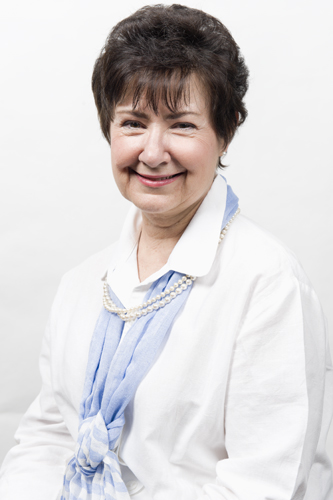