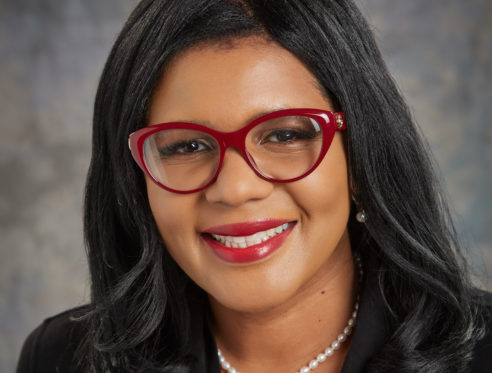 Voice4Equity is an organization focused on utilizing a nationwide network of thought leaders in both the private sectors to improve community voice, health, education, and community engagement. Dr. Christina Kishimoto, the founder and leader of Voice4Equity, forwarded this amazing story featuring Dr. Tawana Grover, a rural educator in Nebraska. We would like to thank Dr. Kishimoto for continuing to support our mission of uplifting rural stories like these!

I first met Dr. Tawana Grover at the National Association of Black School Educators (NABSE) in Los Angeles at the end of 2021, on a panel that we served on together. We were quickly introduced outside of the event room, but there wasn’t enough time for the deeper conversation that we required to check one another out. I tried chit chatting with her quickly before the panel and she looked at me with piercing eyes, almost like saying, who are you again?! I liked her instantly. It’s the same look I often give when someone approaches me without a yet established personal connection. At a dinner the night before, I was told by a colleague that if I wanted to interview a woman leader that means business and does not let others define her path, I needed to meet Dr. Grover. She used a hook that she knew would catch my attention. Tawana was the first Black woman Superintendent to lead in Nebraska and she chose to go there voluntarily. A black school leader in Nebraska! What good fortune then that we were booked as two of the four women who would serve on a panel to talk about gender equity challenges faced by women Superintendents leading in this nation.

Tawana’s way of watching, listening intently and then carefully choosing her words with exactness was not just a first impression, but one that came through in our conversation when I finally had the chance to sit down with her in late January 2022. Getting things right and speaking truth are deeply important to her. She shared right away about her leadership, “You are not trying to be famous, you’re not trying to be quotable, you’re here to be a problem solver and create opportunities for kids.”

It was clear that she went to Grand Island Nebraska to serve a community that was seeking a strong community-embedded leader focused on what was best for students, and not to break a race barrier. Tawana explained, “I was drawn to the location because of the work. It should never be about whether the people look like me or not. It’s about how I’m going to work alongside the people that I am granted the opportunity to help and support.”

Despite the fact that she credits the boldness of her board for hiring her because as they publicly stated, “she was in fact the best leader for the community,” she recognizes that being the first black woman Superintendent in Nebraska is no small matter, nor an insignificant message to her students and community. She shared one experience in her transition where she was approached by a man in the community who said, “It’s just going to take me a minute because there’s a lot about you that is new and different. When we see you, it’s not what we think about as a Superintendent.” Tawana reflects, “ For someone to be that truthful, meaning you are woman, you are black, you are from the South, how does that even line up with the Midwest!, reflects what it meant for the board to bring me in with their full trust and support of my leadership.”

Tawana in many ways is matter-of-fact about tearing down that wall in Nebraska, but whether she meant to or not, her career tells the story of what can be and should be; the access to everyplace, every executive level position that every young black girl in this country needs to see is possible. In her own words about the Superintendency in particular, “as women leaders, there are so few of us that we can even look to!”

Tawana’s close-knit family from Alabama didn’t seem to blink an eye to her announcement that she was invited to serve as Superintendent in Nebraska. They celebrated her success and her desire to serve a diverse community. With the largest portion of the population of students from a Latino background, attracted to this area of the country due to its agricultural job opportunities, an important part of Tawana’s work is celebrating the district’s linguistic diversity. Tawana leads a student community of just over 10,000 students that is approximately 51% Hispanic; 41% White; 4.5% Black; and 1% Asian.

Grand Island Public Schools has a student population that is 69% free and reduced lunch, indicating a significant population in economic need. She found this to be a great place where she could apply her skills to address opportunity gaps while validating and helping to advance the dreams and aspirations of her students. “Oftentimes when we’re leading, you know, just living and leading, we are not aware of everyone that we are impacting. Who’s watching and what’s resonating, and I think that’s one of those things that grounds me. I want to be true to my core values no matter how hard the conversation is. I want to know that I made the best and right decision. If I do that, then I can stand up to any wrath, any challenge because I stood on solid core values.”

Tawana’s parents and siblings have had a tremendous impact on who she is today as a leader, as a person, and as a woman. “I came home to two loving parents. I feel like they put a lot of structure in place. Whatever activities that I wanted to participate in, they afforded that to me. They always supported me and encouraged me and offered a lot of wisdom on how you treat people.”

Despite her fierce independence and unique perspective of the world, Tawana and her family were there for one another sharing important values that matter deeply to her like volunteering, serving and being embedded in the health of the community. “I didn’t wake up like this! I had to think through what I wanted and how I was going to get it. I was born in the south. Neither one of my parents graduated from college. I knew there was a lot that I had to overcome. And yet I felt like I could achieve anything that I set my mind to do. There was just something in me that was always craving to do that much for the next little girl that is just like me and has the same hurdles that I’ve had to overcome, being judged by your last name, by your accent, where you’ve been and where you’ve not been. I may not have the clout that other people have and I haven’t been in the highest of social circles but I make sure that I have impact wherever my feet land. I’m going to make a difference in the lives of the kids, the community of where I am. I feel it’s people like me who often have their lives overlooked.”

Tawana’s words reminded me about a matter that she shared on the NABSE panel. She spoke movingly about the importance of a network of trusted women. Women who understand your perspective and are available anytime at the end of her phone line. She provided then a little insight into her network of peer Superintendents who not only understand the challenges of the work, but understand what it means to be a woman leading in this work. In many ways she used words to describe her network of colleagues in the same loving way that during this interview she used to describe her tight knit family. Appreciation for others and for the community runs deep in Tawana’s blood. “Sometimes we forget that it is all of those additional supports [of family and friends] that allows you to do what you were called to do. I think that plays over in my leadership.”

Tawana explained that when she enters a new professional space her attention is often drawn to women leaders who “are overcomers, and do not follow the ideas of what is traditional. They make bold moves with integrity, with grace, with impact, and have a global perspective but are relevant and fully present in their current situation, and are comfortable being vulnerable in their place of leadership.” In so many ways, this describes Tawana herself. These are the types of people she needs in her network to keep her invigorated in the work. I got a glimpse of this when she spoke on the NABSE panel; I noticed that she drew energy from the other women at the table. She is a leader that is emboldened by voice, strength, and truth. She is a leader who thrives in an environment with other bold thinkers. Tawana’s leadership and impact extends well beyond the border of her district; her voice is heard throughout Nebraska’s network of leaders. It is Dr. Tawana Grover’s commitment to equity, to community, to truth, and to leading with grace that make her a Voice4Equity!

Dr. Tawana Grover became Superintendent of Grand Island Public Schools in July 2016. She grew up in a small rural town in Alabama. She is the proud mother of two sons that she raised as a single mom, and she is a sister, daughter, and a precious friend and colleague. 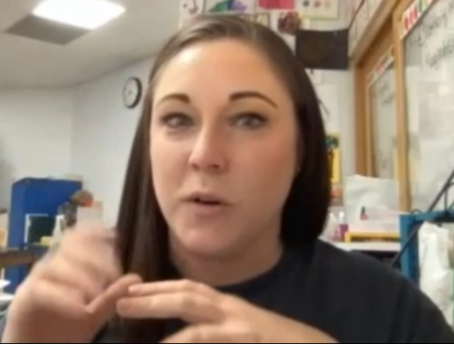 Read about Jamie’s journey into education, her passion for inclusivity and fostering student inquiry, and what her journey has taught her. 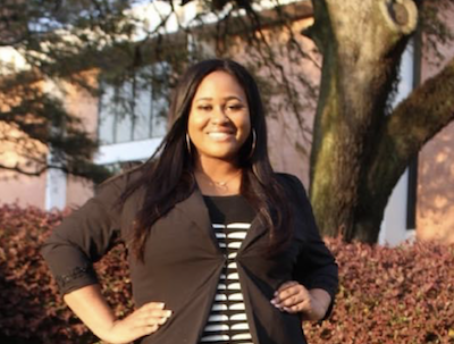 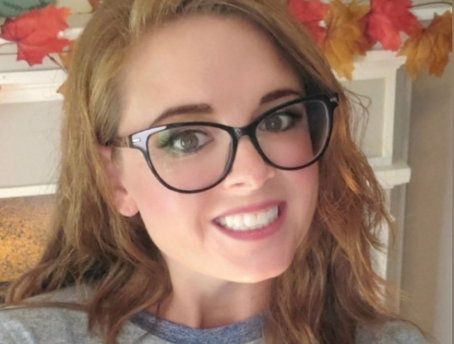 Teaching with Empathy and Determination