Meet the I Am a Rural Teacher Regional Advocates 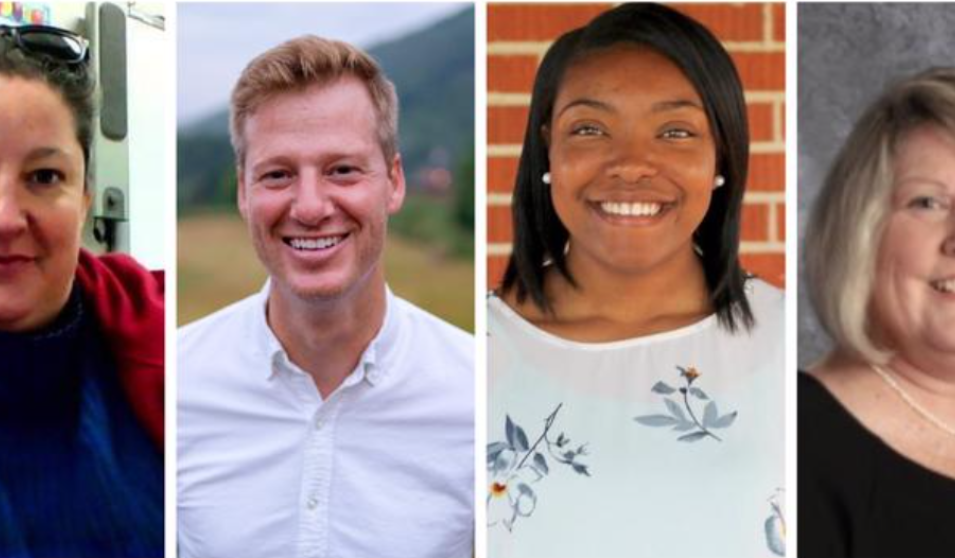 ANNOUNCING OUR “I AM A RURAL TEACHER” REGIONAL ADVOCATES!

We are pleased to announce our four "I Am a Rural Teacher" regional advocates! These four rural teachers from around the country will be helping to lead conversations around rural teaching on our "I am a Rural Teacher" Facebook groupand Twitter. Please join us in welcoming them, and stay tuned in the new year to join in on the discussion!

Sharon Huggins is an elementary school teacher in rural Northern California. She is also the designated tech teacher for her school and the Vice President of her local union. Sharon is the graduate of a rural-specific CSU-Chico Masters of Education program that included a year-long apprenticeship model of student teaching in a rural school (Rural Teacher Residency – RTR). She is a self-described “reformed city girl who caught the rural advocacy bug” while studying the issues of rural education presented in that program. She is now a member of the Tuesdays-on-Twitter #RuralEdChat moderation team. Teaching is a second career for Sharon. She worked for 20 years in the banking industry before going back to school to get her education credential. Now she likes to incorporate her prior career into her current career by playing banking Math games, teaching her students to use fountain pens for writing, and using Google for Education’s Office Suite for class projects.

Having grown up in the small rural community of Lone Jack, Missouri, Kelly Wardle knew early on that she would always reside a rural area. After spending 22 years in human resources, Kelly decided to pursue her dream of becoming a rural school-teacher. Kelly returned to college receiving her teaching certification to pursue the goal of becoming a first grade teacher, which she did for 5 years. During this time, Kelly continued her education and received her Masters in Literacy in December 2018. Kelly is currently working in the rural community of Willow Springs as a middle school reading interventionist for the Willow Springs R-IV District.

Wade Owlett grew up on a dairy farm outside of Wellsboro, Pennsylvania. Mr. Owlett has undergraduate degrees in both journalism and international studies, which he obtained from Lock Haven University of Pennsylvania and The University of New England in Armidale, Australia. He completed his master’s degree in education at Mansfield University. During the summer of 2017, Mr. Owlett was awarded a grant from The National Endowment for the Humanities and The University of Utah to research the standing narrative of western expansion through an intensive study of Utah’s migration and settlement.

According to Mr. Owlett, “With all of their successes and failures, my greatest contributions and accomplishments are my students. I teach students to think historically, effectively use the English language, and communicate in both speech and writing. These are all skills students truly need to be successful."

When he isn’t teaching, Mr. Owlett enjoys reading, hiking, and traveling with his wife (who is a French professor here at Mansfield University). Mr. Owlett is also an award-winning pizza-maker and a cake judge at the Tioga County Fair. He and his wife are anxiously awaiting the arrival of their first child in August.