One teacher started a movement that impacted an entire state. 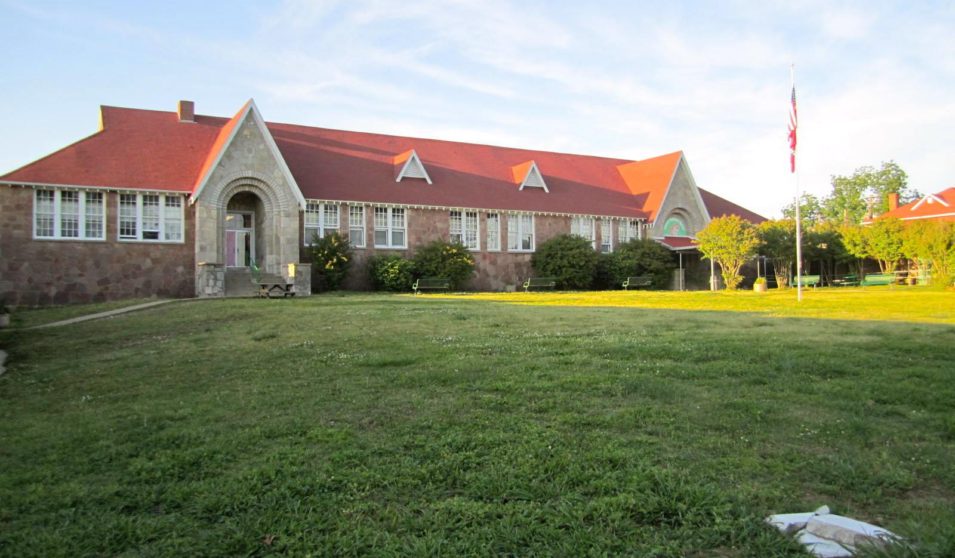 The highly touted Valley Springs School District would have been forcibly consolidated if not for the efforts of one teacher and her committed colleagues. <\/p>"

Shortly after Mike Huckabee’s 2002 reelection to a second term as Arkansas’ Governor, the Arkansas Supreme Court found the state’s policy for funding public education unconstitutional, citing a fundamental bias against small, rural schools. This decision was the result of a lawsuit by Lake View School, a small, poor, African-American district in the Delta region. The suit had taken ten years to wind its way through the Arkansas court system, and the state’s Supreme Court ultimately decided the state’s school funding system favored “large, prosperous, growing districts.”[i]

Huckabee’s response to this decision was to propose consolidating all school districts with fewer than 1,500 pupils, a plan that would have impacted nearly 200 of the state’s 308 school districts. Huckabee touted his overhaul as a means of offering high school students a broader curriculum and increasing cost efficiency. However, instead of paving the way for “education reform,” his plan ignited an emotional statewide firestorm.

Lavina Grandon had been an Arkansas teacher for more than two decades when Huckabee unveiled his plan for complying with the court order. Grandon lived in the tiny hill town of Everton (pop. 170), and she was an English teacher at Valley Springs High School, twenty miles to the north up curvy U.S. Route 65. Valley Springs began as a Methodist boarding school for rural children shortly after the Civil War, and it was a proud and successful school district serving some 900 students. Unfortunately, Valley Springs was also the kind of small school district the Governor wanted to consolidate, and Grandon and her school community didn’t like it. Although she had supported Huckabee in the gubernatorial election, Grandon was now ready to lead the fight against his administration's efforts to close small schools.[ii]

Lavina went to work. She founded the Advocates for Community and Rural Education (now called and referred to in this article as the Rural Community Alliance or RCA), a statewide grass-roots movement to resist Huckabee’s consolidation plan and the closing of rural schools in Arkansas. Grandon and her colleagues believed small schools were financially viable, academically sound, and served as the cultural centers and economic engines of their respective communities. RCA supporters argued that not only should these underserved schools remain open, but that by supporting them better the state could usher in a new era of community and cultural revitalization.

RCA members wasted no time in defending their schools. They held three large rallies on the Capitol steps in Little Rock that were attended by 5,000 people. They published informational packets articulating the academic and social advantages of small schools. The group led a petition drive and a massive letter writing campaign and collaborated with other like-minded organizations, including the Washington D.C.-based Rural School and Community Trust. Most importantly, they mobilized. Holding meetings from the Ozarks to the Delta, RCA brought together diverse groups of people who quickly discovered common ground and shared purpose. This united rural voice sent a powerful message, and in less than one year RCA and its committed activists had successfully thwarted Huckabee’s initial school consolidation plan. They had accomplished their goal by influencing public opinion and pressuring state legislators to break rank with the Governor.

On January 27, 2004 Governor Huckabee reluctantly agreed to allow the state Legislature’s less restrictive school consolidation bill (Act 60) to become law without his signature. “If this is what they want to put their signature on and their stamp on, then I should let them do it,” said Huckabee. “Even though I think that’s pathetically less than what we ought to be shooting for.”[iii] Huckabee gave in because, in the Ozarks vernacular, the wheels had come off of his consolidation wagon. Arkansas legislators, hammered by their constituents from throughout the state, rewrote the Governor’s consolidation proposal and passed a less intrusive measure mandating mergers or closures for school districts with 350 or fewer students.

A decade later, the Arkansas battle for rural schools continues. Although the 350-student cut-off was certainly more palatable than Huckabee’s original recommendation of 1,500, it has still resulted in the closure of nearly 100 Arkansas schools, wreaking havoc on the numerous small towns and villages that have been impacted. Shuttered school facilities, closed small businesses, and longer bus rides for more students have become the norm in many places. Other small districts remain open, but they exist under a cloud of uncertainty, scrambling—often engaged in an unseemly competition with neighbors down the road—to keep above the 350-student level and remain afloat. All the while, the work of the Rural Community Alliance has become increasingly relevant.

Since its inception RCA membership has grown to include 1,800 individuals and more than 60 communities. The organization now supports economic development through its Ozarks Byways and Delta Highways regional networks, student engagement efforts, literacy programming and, of course, rural school advocacy. In fact, they never gave up on their fight to repeal Act 60 altogether.

On March 11, 2015, Arkansas Governor Asa Hutchinson signed into law HB1263, which provides an annual waiver for schools subject to Act 60 consolidation if they are in good academic standing and fiscally sound. Every member of the Arkansas legislature voted for this Act 60 relief bill—a poignant testimony to a decade of commitment and hard work.

Renee Carr, Rural Community Alliance executive director, has, perhaps, the best perspective on Lavina and her impact on Arkansas:

“Lavina was recently recognized by Winthrop Rockefeller Foundation as one of the 40 outstanding leaders in Arkansas. Her leadership and outspoken advocacy for Arkansas' rural schools and communities has been a powerful force. She has helped rural people unite their voices to become champions for policies that benefit and strengthen our rural schools. She has also rallied rural people to revitalize their communities, helping them realize that it is our individual and collective responsibility to preserve, support, and improve our communities. Rural Arkansas is stronger and more collaborative from Lavina's exemplary leadership over the past twelve years.”[iv]

RCA recently released three short films telling the struggles of Act 60 and highlighting the value of small schools. Made possible by a capacity building grant from the Rural Schools Collaborative, these educational pieces provide opportunities for the state’s small town residents, black and white, to share their perspectives on the importance of local education. The stories are heartfelt and the messages powerful. We encourage you to check them out. Not only will you learn why Arkansans are passionate about their schools, but also you will learn about collaborative advocacy at its very best!