Celebrating the Small Town: One Teacher's Perspective in Rural Indiana 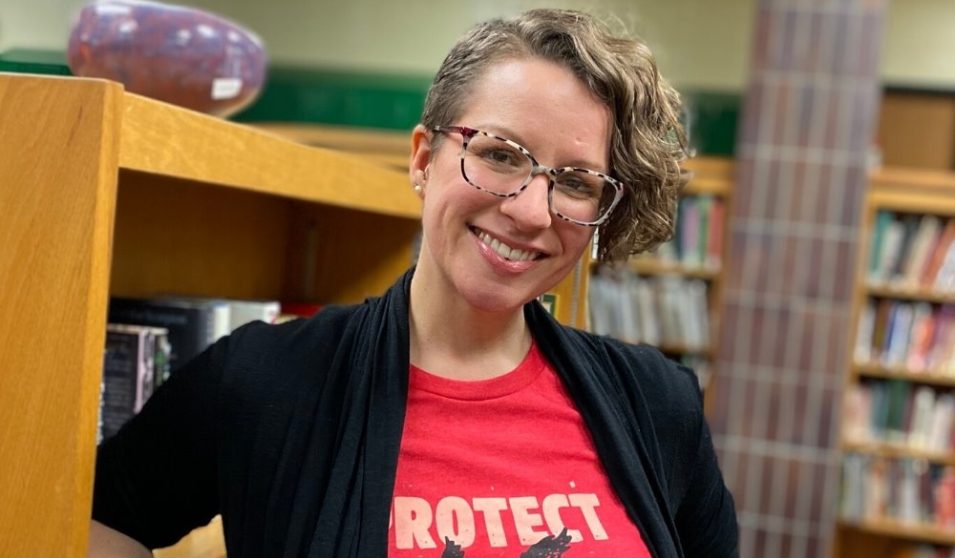 This week we're sharing a submitted teacher perspective from Vincennes, Indiana. If you have a story you'd like to share or a teacher you'd like to nominate, you can do so here. Thanks to Haley Lancaster and Indiana Small and Rural Schools Association, and Lincoln High School.

Learn more about the I Am A Rural Teacher national advocacy campaign.

For Haley Lancaster, the small town of Vincennes, Indiana is filled with stories. The history of her hometown has captured her imagination since she was a child. Now as an English teacher at Lincoln High School, she shares that enthusiasm with her students.

Haley’s family has called rural Indiana home for over 5 generations, originally migrating to the area to work in coal mining. After growing up in Vincennes, Haley went to nearby Indiana State University to pursue an English degree. Shortly afterwards, she realized her passion for teaching and accepted a substitute teaching position at Lincoln High School. She was hired full-time in 2006, and has been there since.

In 2012, Haley received her Master’s degree from Indiana State University. This experience allowed her to explore her hometown in more depth, rediscovering its history and celebrating the town for its unique cultural heritage. Now she enjoys sharing what she’s learned with students, teaching about local poetry or exploring the hidden history behind common place-names.

“To teach in a rural community is a way to make a difference in the community itself,” Haley says.

The small-town effect has also given her more opportunities as a teacher. Unlike larger schools where she might have “gotten lost in the shuffle,” at Lincoln High School, Haley says, “Right off the bat I was directing the student council, shortly after that I directing student plays, and then got the rebuild student journalism.”

Haley sees her role as a rural teacher as a vital component of preserving the town of Vincennes.

“Teachers have the responsibility to make their community a place where people want to teach. The history of the midwest is that it was founded by people who came from elsewhere. Part of that tradition is bringing people in to help build that community we want to see.”

By celebrating the unique history of Vincennes, Haley is sustaining Vincennes to the next generation.

You can read Haley’s perspective below:

“Too often, students in rural communities feel as though their place doesn’t matter. Through the advent of the Internet, students do have a more global perspective. They can learn from, speak, and virtually visit beyond their town boundaries. This is awesome, but I have also seen it make kids feel very small in their sense of place.

Vincennes, Indiana may be the county seat, but it’s rural. Over half of the city school corporation’s students are on free and reduced lunch. We are not remote, but we are, an hour in either direction — north or south — from a large city, in two hours southwest of Indianapolis. Some of our students will never go to our own state capital. Viewing professional theater and sports are privileges few receive.

In feeling small, they feel their city doesn’t matter. So it is my job, and the job every other adult and educator in the city, to celebrate our rural place. It’s a city of firsts.

Founded in 1732, we existed before this nation did. When George Rogers Clark waded through the floodwaters of the Wabash in February 1779, his victory in capturing Fort Sackville here secured a body of land that doubled the size of the colonies.

We were the first territory capital. First college in Indiana? That was here. First brick home of the Indiana territory? That was here too, and still is. Indiana’s first newspaper? Here.

All midwestern roads flow back to old post Vincennes on the banks of the Wabash. We helped make a nation.

Clark himself said, “Great things have been affected by a few men well conducted." 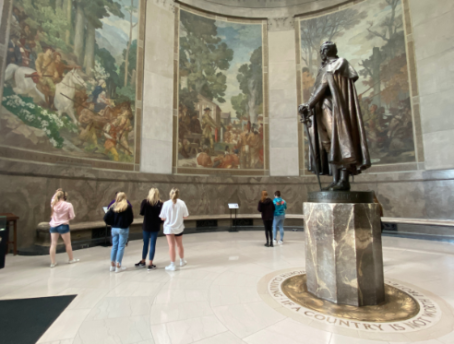 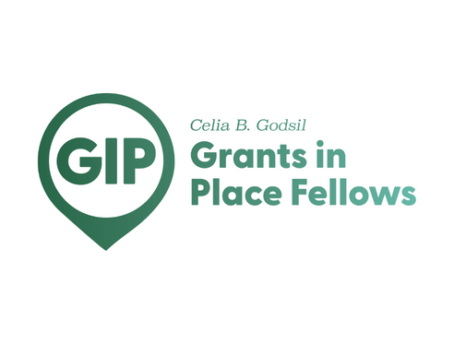