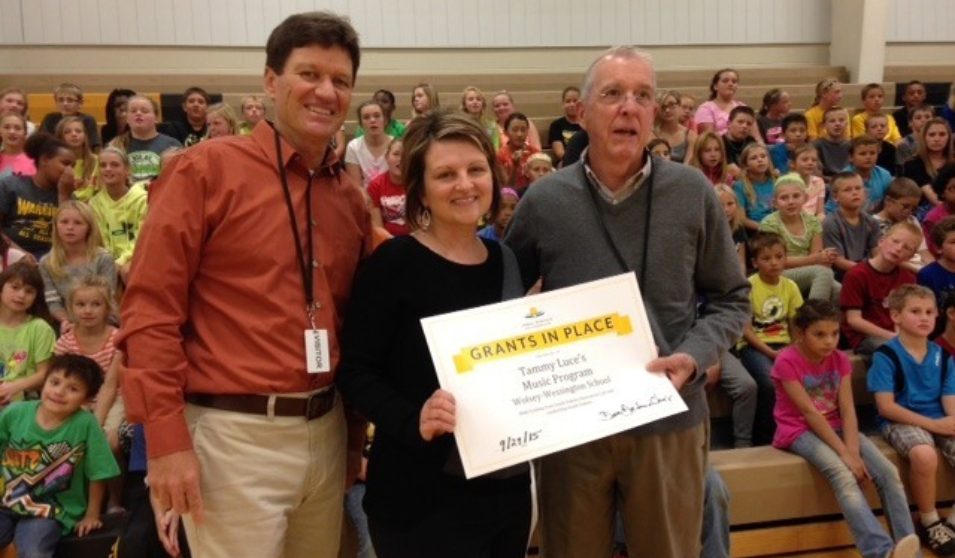 Tammy Luce, Wolsey-Wessington music teacher, was recognized at a school assembly for her successful Grants in Place participation on Tuesday, September 29 in the school’s beautiful gymnasium. Luce was awarded $1,000 for her multi-grade project. Funds for the grant award were provided in part by the South Dakota Innovation Lab and Leadership South Dakota.

Luce, who is the district’s K-6 Music and Learning Disabilities teacher, was awarded the grant to support a multi-grade project where the school’s music students will learn about the diverse cultures of South Dakota. The project will culminate in an October 19th concert, which will showcase the students’ learning experiences. Students from every grade—kindergarten to high school—will be involved in the program.

The concert will be open to the public. In addition, the program will be broadcast over the local cable television channel. Community-based outcomes are a basic tenet of place-based education.

The presentation included a welcome for Wolsey-Wessington elementary/middle school principal, Carol Rowen, a project description from Ms. Luce, and remarks by Rural Schools Collaborative director, Gary Funk. After the presentation, Rowen and Luce were joined by school superintendent, James Cutshaw, for a school tour that included Funk and Rural Schools Collaborative board member, Jim Beddow, of Sioux Falls, South Dakota. 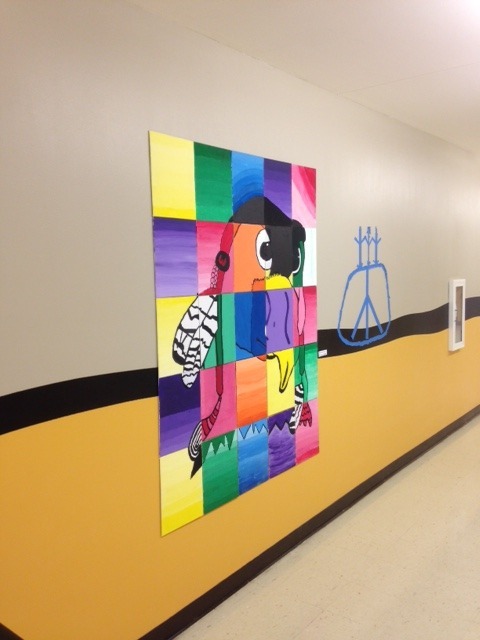 Above: The Wolsey-Wessington hallways are alive with art, creating a veritable gallery for student artists.

The Rural Schools Collaborative was organized in 2014 and launched in April 2015. RSC believes that community-based instruction, thoughtful collaboration, and targeted philanthropy strengthen the fabric of rural places. Its Grants in Place program is funding 35 innovative projects in seven states.

The organization is currently engaged in nine states with an administrative office in Cambridge, Wisconsin.