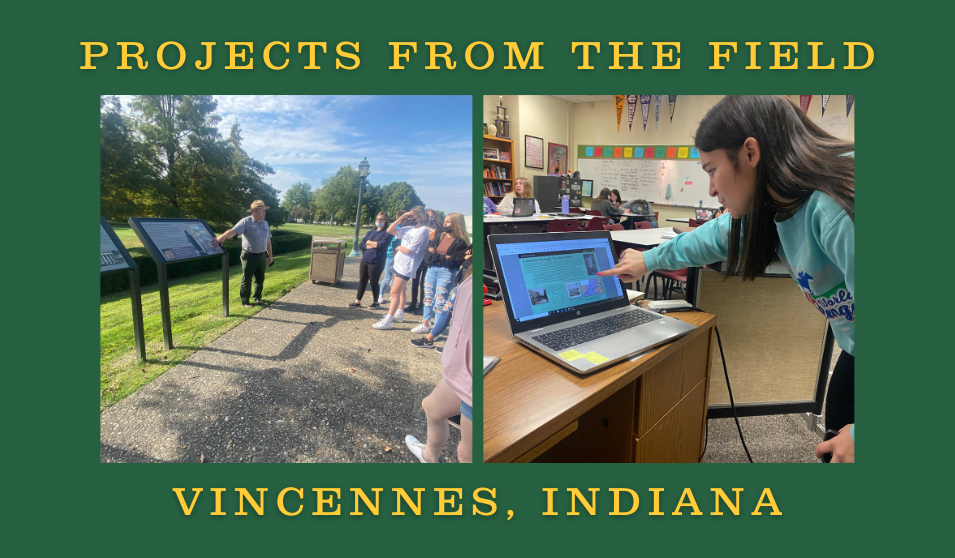 In 2021, Haley Salitros Lancaster was awarded the National Signature Project Award by Rural Schools Collaborative and the National Rural Education Association for her place-based project, “Building & Sharing Community Knowledge.” The award funded an installation of a wayside on park property that would be entirely researched and designed by the George Rogers Clark Youth Advisory Council (YAC), a group of volunteer, 9th-12th grade Lincoln High School students who work closely with the National Park Service Site and have an interest in Indiana History.

“All midwestern roads flow back to old post Vincennes on the banks of the Wabash. We helped make a nation.”

Vincennes, Indiana is home to the George Rogers Clark National Historical Park located on the banks of the Wabash River. Steeped in storied history, Haley shares that Vincennes, Indiana was founded in 1732: “We existed before this nation did. When George Rogers Clark waded through the floodwaters of the Wabash in February 1779, his victory in capturing Fort Sackville here secured a body of land that doubled the size of the colonies … We were the first territory capital. First college in Indiana? That was here. First brick home of the Indiana territory? That was here too and still is. Indiana’s first newspaper? Here.”

Instilling a sense of place and purpose in students through place-based education can help students better understand and thrive as citizens in their community. Haley notes that “Too often, students in rural communities feel as though their place doesn't matter. Through the advent of the Internet, students have a more global perspective. They can learn from, speak, and virtually visit beyond their town boundaries. This is awesome, but I have also seen it make kids feel very small in their sense of place.” Placed-based education projects give students the opportunity to learn about and celebrate the cultural, historical, and ecological richness of their place.

The project began in October 2021 with a field trip to the George Rogers Clark National Historical Park. Students explored the entirety of the park to gain an understanding of the scope of its storytelling, including walking the full grounds, touring the visitor’s center and the inside of the Memorial, and experiencing a guided tour of the cave-like basement, which is closed to the public. Students also had the opportunity to drive the approximate route where Clark’s forces marched through flooded waters to capture the fort. In their park explorations, students were asked to consider what was missing from the park’s storytelling. Together, they decided that more information on the Wabash River would add to the story.

In teams of two, students started researching the Wabash River, investigating everything from the river’s flood levels to fish breeds and populations to Wabash pearls. As a group, they discussed how to evaluate the quality and quantity of their research. And, as students shared their research, they received feedback from park rangers before considering how much information they could fit onto a wayside, eventually deciding to focus on the river’s flood levels and its importance to Clark’s capture of the fort.

“Great things have been affected by a few men well conducted.”

Having decided on the focus of the wayside, students started working on the design and content that it would feature. They sourced photos from historical archives and reviewed historical flood data, obtained written permission photo use, read the diaries of Capt. Joseph Bowman in order to source pull quotes to be featured on the sign, drafted the sign’s main paragraph, worked on the graphic design layout, and collaborated with park rangers on final design revisions. The students even found a way to address the accessibility of the park in their design by including a picture of the Memorial’s interior murals, which having been built in 1931-1933 and having 33 steps is not wheelchair accessible.

In March of 2022, the design was approved by Park Superintendent, Frank Doughman with the park deciding to order two waysides, funded by the NSPA grant money as well as additional discretionary funds. In addition to placing a sign at the park, the park plans to approach the city with a request to place a second sign on city property, along a Riverwalk adjacent to park grounds. A second sign furthers the impact of the students’ work in the community as a whole through increased visibility. With the help of Park Rangers Lela White-Blizzard and Joe Herron, a preview of the wayside was made available on Memorial Day weekend for park guests, during the Spirit of Vincennes Rendezvous, the park’s biggest community event. The first official wayside was installed in mid-July, overlooking the river, with a second duplicate sign still to come. Students look forward to celebrating the official installation of the waysides with a public unveiling at the start of the 2022 school year.

“Teachers have the responsibility to make their community a place where people want to teach. The history of the midwest is that it was founded by people who came from elsewhere. Part of that tradition is bringing people in to help build that community we want to see.”

Haley Salitros Lancaster has been teaching English at her alma mater, Lincoln High School, since 2006. She holds a BA and MA in English from Indiana State University. A Vincennes native, she is passionate about sharing Indiana history in her classroom and her community. Haley is a National Park Service volunteer and a member of the National Society Daughter of the American Revolution as well as other genealogical societies. Our 2021 National Signature Project Award recipient, she is also winner of the 2016 WTHI-TV10 Golden Apple Award, and in 2014 she was named Indiana Daughters of the American Revolution’s Outstanding Junior Member. She began sponsoring Lincoln’s George Rogers Clark NHP Youth Advisory Council in 2020. She lives in Vincennes with her husband TJ and son Henry.

Learn more about the annual National Signature Project Award (NSPA), funded by RSC and the NREA, and read about our 2022 - 2023 recipient, Lara Belice.

Learn More About the NSPA
Previous ALL STORIES Next 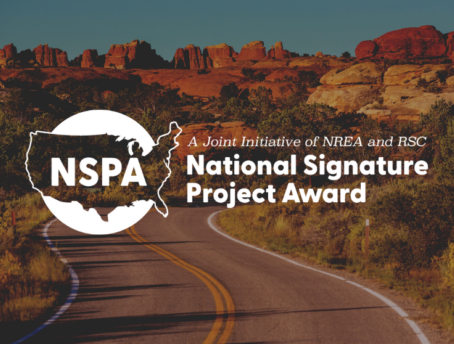 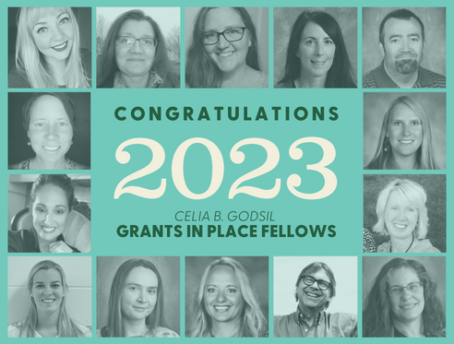 Announcing the 2023 Celia B. Godsil Grant in Place Fellows!

Congratulations to these outstanding educators 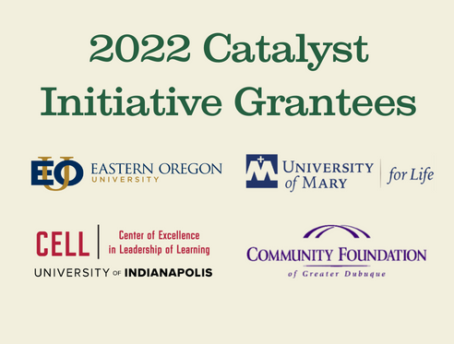 The 22-23 cohort of Catalyst Grant recipients share about their first few months developing their new program.