Eudora Reads, an initiative led by local residents, works to ensure that all local children read proficiently by the end of 3rd grade. 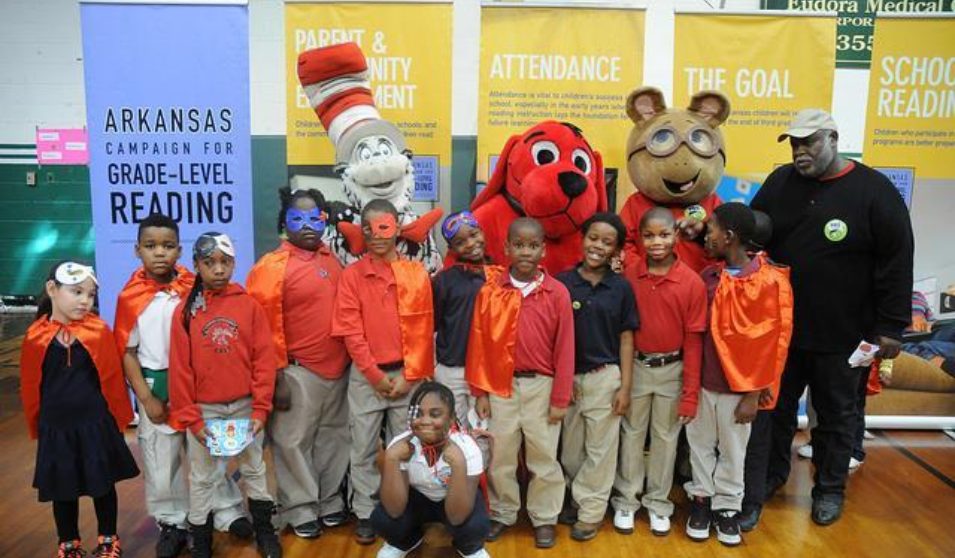 Eudora Reads, an initiative led by a coalition of local residents, is undertaking numerous solutions to ensure that all local children read proficiently by the end of third grade.

We want to take this opportunity to congratulate two of our founding partners and regional hubs on a very successful collaboration. Arkansas’s Rural Community Alliance and Missouri’s Community Foundation of the Ozarks (CFO) have teamed up to support an exemplary community literacy project in the Arkansas Delta town of Eudora. The project is part of the Arkansas Campaign for Grade-Level Reading Community Solutions Initiative established to bring communities together to focus and collaborate on the goal of preparing every child to read at grade level by the end of third grade.

Eudora, a town of 2,300, is located in Chicot County, which borders the Mississippi River in the southeast corner of Arkansas. Eudora is an historically African-American community, and more than a third of its residents live below the poverty line, including 43% of those under 18.

The Eudora Reads initiative is designed to foster growth and literacy skills while promoting community literacy development. A key element of the initiative is to inform the community about targeted literacy building activities like parent mentorship and summer programs.

“We are so excited to be re-launching Eudora Reads. This phase will include new components such as the Parent Mentorship Program, which will focus on bringing more parents into the early childhood literacy project. Community Resource Innovations will assist with project development. Other partners include Lil' Jacob Learning Center, J. Austin White Cultural Center, Southeast Arkansas Community Foundation, Eudora Elementary School in the Lakeside School District."

Williams also noted that as an affiliate of the Arkansas Campaign for Grade-Level Reading, Eudora Reads will "stay true to its roots by providing books to all children in the community zero to five through the Dolly Parton Imagination Library, assisting with after school literacy efforts, and helping foster a love for reading."

"None of this would be possible without the support of the Winthrop Rockefeller Foundation (WRF)," stated Williams. "Through this effort, we have also been able to deepen our partnership and collaboration with Rural Schools Collaborative and the Community Foundation of the Ozarks."

Julie Leeth, CFO Rural Schools Partnership coordinator and former executive vice president for the organization, touched on the importance of collaboration. “One of our goals with the RSC Hub concept is to look for ways where we can assist one another. In this situation it worked out where we could play a facilitative role in the financial management of the project - and that is a great way for us to contribute.”

Eudora is one of more than 60 Arkansas community partners of RCA, an organization that empowers rural communities to effect change by creating opportunities in education, economic development and youth empowerment to improve quality of life and place[BC1] . RCA also serves as the host organization for RSC’s Arkansas Hub.

The Winthrop Rockefeller Foundation, whose generosity made this project possible, has been working to build and sustain Arkansas organizations for more than 40 years. Through grantmaking and strategic partnerships, WRF is committed to closing the economic and educational gaps that leave too many Arkansas families in persistent poverty. The foundation is based out of Little Rock, Arkansas.