Stoking the Fires of Knowledge 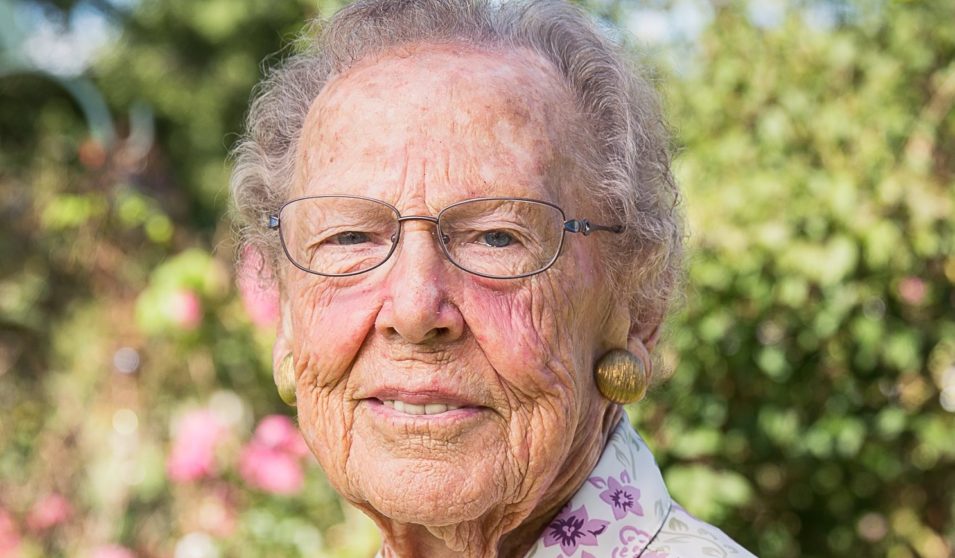 Ms. Jennie Barritt, a retired teacher from El Dorado Springs, MO, started her career in one-room schools in the Missouri Ozarks. Though the school buildings have certainly changed, Ms. Barritt's dedication to education lives on: in 2017, she created the Ellis and Jennie Barritt Educational Scholarship Fund through the Community Foundation of the Ozarks. The fund will help El Dorado Springs high school students pursue post-secondary education, focusing on those who wish to become teachers.

In the fall of 1945, weeks after V-J Day ended World War II for the United States, Jennie Barritt took a job teaching school in a tiny, one-room schoolhouse in the Cedar County hamlet of Wright, just down the road from her childhood home in El Dorado Springs, Missouri. She taught students of all ages that winter and in the winters to come, occasionally taking a break from the “three Rs” to stoke the fireplace that kept the room and students warm.

Over the next decade, Barritt earned her degree in Springfield and taught in five different rural schoolhouses, all in Cedar County, which were gradually consolidated. In 1955, with no more one-room schoolhouses remaining to stoke fires in, she took a job teaching eighth-grade science in El Dorado Springs.

For the next 34 years, Jennie and her husband Ellis — a WWII Navy veteran and lifelong rural mail carrier who died in 1997 — worked and tended their 160-acre farm, which was an inspiration for Barritt taking the science job to begin with.

“We had the best of all worlds; the farm, animals, plants … and people,” Jennie says.

They also lived within their means. And it’s that frugality, says retired financial advisor Greg Hoffman, which allowed Jennie to open the Ellis and Jennie Barritt Educational Scholarship Fund in 2017. It will award to graduates of El Dorado Springs high school with a preference for future teachers.

“While Jennie didn’t have kids of her own, she had lots and lots of ‘kids,’” says Hoffman, who began working with the Barritts in 1985, shortly after he began his career. “Jennie and Ellis are just another example of how paying attention to your finances can allow a rural school teacher and a mail carrier to do some very, very nice things.”

A small irony: Jennie originally swore she’d never be a teacher. Her family was full of them, including her mother, her aunt and several cousins. But the family birthright eventually won out, and Jennie says it has enriched her live immeasurably. As proof, Jennie was showered with cards and hugs from former students at her 90th birthday party, held in September 2017 at El Dorado Spring’s First Christian Church.

It was the kids she watched go through that church that originally sparked Jennie’s interest in opening a scholarship fund. “There are so many nice boys and girls that I’ve seen go through to that stage where they’re ready for college. That maybe spurred me on more than anything,” she says. “Education has been a big part of our family, and it has been since I was a little girl. But now I know it must be much more costly.”

“I wanted for them to get to go to college, and if I could help them, I wanted to.”

This story was originally published in the Community Foundation of the Ozarks' 2017 Annual Report. Article and photo by Matt Lemmon & Aaron J. Scott.

The Community Foundation of the Ozarks manages more than 400 private scholarship funds created by individuals, families and companies that want to provide a path to higher education for generations to come. Scholarship applications open on February 1 annually. Interested Missouri students may apply via the CFO website.

Learn more about the Community Foundation of the Ozarks' rural education programs.
Previous ALL STORIES Next