AL.com does Story on Alabama Hub! 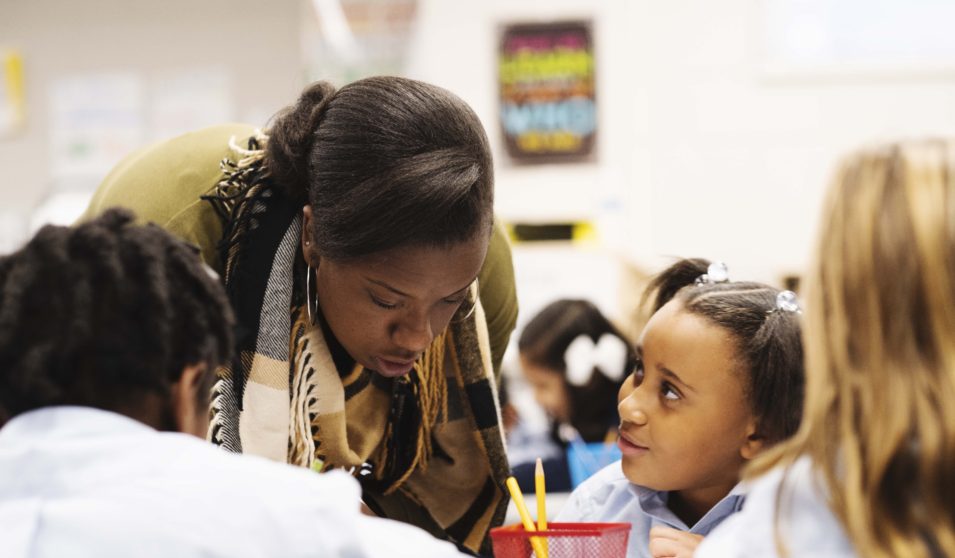 Editor’s Note: This article originally appeared on AL.com, a digital news delivery space, launched by Alabama Media Group. They have a powerful way of authentically connecting advertisers to their local communities. We are very grateful towards AL.com for publishing an article about The Black Belt Teacher Corps, which features an interview with our Executive Director, Taylor McCabe-Juhnke, and information on our partners at Teton Science Schools. In the article, you will also hear from Jan Miller, our Alabama Hub Contact and an RSC Board Member, and Haley Richardson, a graduate of The University of West Alabama's Black Belt Teacher Corps.

Whether it was for vet school or a doctorate program, Nicole Aledo always thought she’d leave her small Black Belt town. But fond memories of her high school chemistry teacher kept her wondering what it would be like to stay.

Aledo returned to Demopolis last year to teach physical science – a subject so understaffed that it’s the target of a statewide incentive program. With every chemistry lab and circuitry project, Aledo is part of an ambitious effort to address teacher shortages in some of the state’s poorest districts.

“I want to be able to believe in them when sometimes you don’t believe in yourself,” she said of her eighth-graders at Demopolis Middle School. “I know Demopolis can get students just stuck into thinking this is how the world is, but it’s not. It’s so much more than just a small town. There’s opportunities if you just look for them.”

Rural schools, which typically house smaller student populations, have the potential to foster a strong sense of community and drive innovation. But in Alabama, they struggle the most to attract new teachers, especially in subjects like math and science, special education and secondary education. Aledo’s district in rural Marengo County, for example, had the second-highest percentage of teachers without math or science certifications in 2018.

That’s why, in the past decade, professors at the University of West Alabama have teamed up with rural education advocates to find a homegrown solution.

With the support of Rep. Bill Poole, a Black Belt native, the state legislature gave the college $250,000 to fund the Black Belt Teacher Corps in 2016. Now in its fifth year, the program has placed 30 teachers in rural and high-needs districts throughout the state.

“Sometimes rural gets the shorter end of the stick,” said Jan Miller, dean of UWA’s college of education. “And so we really want to be advocates and try to prepare teachers for that rural setting, because it sometimes is so different than a suburban or even an urban district, just because you have to be so versatile. And superintendents and principals are looking for those people who can wear many, many hats and do many, many things creatively.”

The Black Belt Teacher Corps offers a $5,000 yearly scholarship and opportunities that range from a trip to the Teton Science Schools in Wyoming to internships in nearby Black Belt schools.

Graduates of the program — most of whom are from rural areas — say that the Teacher Corps offered financial support, specialized training and professional development that they wouldn’t have access to in a traditional program. And advocates say investing in local teacher candidates is a promising approach to sustaining rural communities.

Comprehensive data on grow-your-own programs is lacking, experts say, but short-term studies show training local candidates to teach in local schools can help diversify the workforce and narrow achievement gaps. Three-fourths of teachers who graduated from a model program, Community Foundation of the Ozarks, stayed in their placements for more than three years.

As their three-year commitment wraps up, advocates will be watching to see whether the graduates remain in their districts long-term.

“The more you can get people to invest in their community, and the more you can get the community to invest in the school, the stronger the rural town will be, in the end, because you’ve built those relationships,” said Taylor McCabe-Juhnke, who leads the Rural Schools Collaborative, a national non-profit organization that supports the Black Belt Teacher Corps and 14 other rural teacher preparation programs.

In five years, the program’s ability to glean perfect certification passage rates and place its teachers in high-needs districts has gained national recognition – including attention from competing universities.

“Colleges of education have got to be more entrepreneurial and innovative in thinking about how we’re going to put teachers in the classroom,” said Natalie Adams, a professor of education, social and cultural studies at the University of Alabama who noted that regional universities like UWA have “done a better job” of placing new teachers in hard-to-staff schools.

Haley Richardson, a Pickens County native who joined the program’s inaugural cohort and is now in her third year of teaching, jumped at the chance to teach in a Black Belt school. Rural schools are the lifeblood of a community, she said, and she has no intention of leaving any time soon.

“Students need to see people represented in their communities,” said Richardson of University Charter School in Livingston, where she teaches second grade. “I don’t feel like I have to be here. I’m here because it’s where I’m supposed to be.”

For Shakendra Bowden, the opportunity came at a pressure point in her teaching career at Livingston Junior High.

Bowden always had her eyes set on law school, but when she was offered a job as a substitute teacher at her alma mater, she took it. She loved teaching, she said, but she never received formal certification, and the poor pay and limited training opportunities left her so frustrated that she eventually took a job at the Mercedes plant two counties over.

Then a scholarship through UWA and a chance at certification called her back home.

Certifying existing teachers – people who are often already working in local communities but just need some extra training – can strengthen the workforce as much as adding new teachers to the pipeline can, program directors said.

Bowden said she was drawn to the program’s promise of field experience at the nearby charter school, which introduced her to project-based teaching methods and the ability to teach a diverse group of students. And since graduating, she’s able to benefit from ongoing coaching.

“My coach gave me so much rich information, and she showed me a lot of resources that I could use inside my classroom,” Bowden said. “To me, that was the most valuable thing throughout this whole process.”

Data from the coaching service shows participating corps members were skilled in building relationships and trust with their students and maintaining a positive presence in the classroom. Among the most common areas for growth was corps members’ ability to support students with a wide range of needs.

As UWA expands its reach, graduated corps members feel the full weight of its larger mission.

‘You have to be the change’

For some, the first day of class was a telling glimpse of all the challenges and comforts that come with rural education.

Richardson laughed as she remembered the shock she felt walking into a classroom with makeshift walls. And being eight months pregnant didn’t help quell Haley Sager’s nerves, but she had the help of a mentor teacher, who checked in on her kindergarten class to make sure she had what she needed.

“You just kind of take care of each other,” Sager said. “Our community is what makes our school system thrive.”

For others, pandemic recovery continues to bring its own set of obstacles.

Bowden’s school went completely virtual last year, but even with the additional virtual training she received from UWA, she said many students – some of whom live with older relatives – struggled to use their equipment.

“I cried some days because I felt like most teachers feel: like a failure,” Bowden said, noting that she eventually found her groove, but she likely couldn’t manage another year of virtual learning.

For Allie Marques, teaching special education in Sylacauga has given her “more joy than I’ve ever felt in my life.” But it’s also meant that she has applied for at least four grants since she started and that caseloads for special education teachers have multiplied. Last year, only three of her students regularly attended virtual classes, she said.

And in Demopolis, Aledo hasn’t forgotten what it was like to be one of few students in her district who learned English as a second language. The district has made progress, she said, but she still takes care to make her teaching as inclusive as possible.

All of her students start class with an “A” — but it’s up to them to keep it. Aledo also makes sure time restraints aren’t a barrier like they often were for her, and she makes inquiry and discussion a central part of learning. And just like the chemistry teacher she had years ago, Aledo makes time to coach her students on scholarship opportunities.

“I refuse to put them in a spot that I was in, and so you have to change somewhere,” she said. “If you want to see the change, you have to be the change.”

The Teaching Corps program has placed new teachers in 14 counties in the state. And with an additional $200,000 in funding from the state, it’s been able to expand its reach into local high schools and provide online training for remote career switchers.

In Pickens County, district administrators partnered with UWA to create a Teacher Cadet Program for high school students, who can gain college credit and apply for the scholarship when they reach their junior year. As part of the partnership, those students will agree to teach in the county after graduation.

“Education is not bible school or babysitting,” said Haley McGee, an instructor at the Pickens County Career and Technical Center, which houses the Teacher Cadet Program. “There’s a lot to it, and it starts with the child and where they come from.”

So far, eight of McGee’s students have committed to an education major at UWA, which could potentially mean eight more teachers for Pickens County Schools.

In some ways, expansion has brought Black Belt Teachers Corps more hurdles, such as boosting transportation costs for supervisors. But Susan Hester, who directs the Black Belt Teacher Corps, said the program has mitigated that by investing in online evaluations.

“We’re still staying true to our roots in the Black Belt,” Hester said. “But we’re also trying to meet the needs of Alabama students throughout the state that are in need of the best-qualified teacher. Every student deserves that in every classroom in our state.”