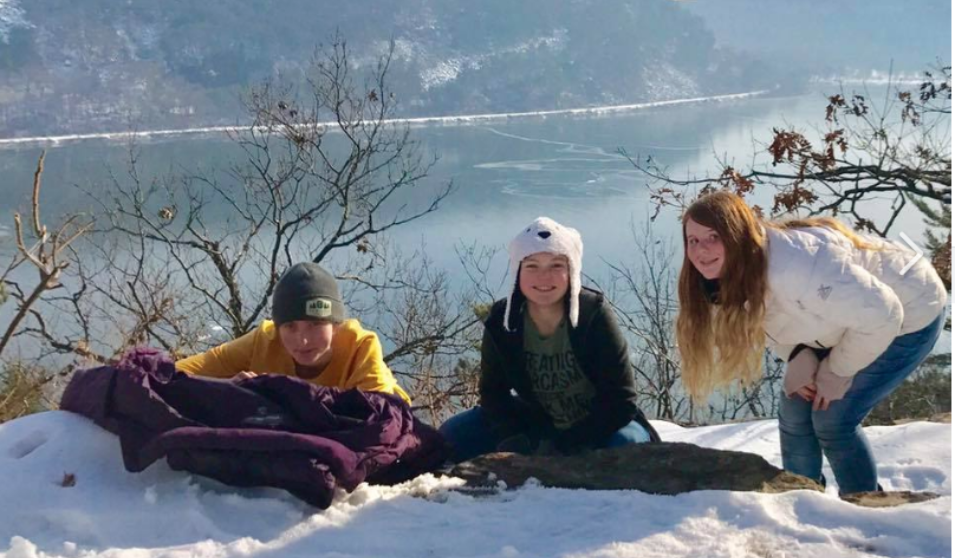 Editor's Note: Rural Schools Collaborative thanks Madeline Westberg and Cambridge News/Deerfield Independent newspaper for allowing us to share this article, which was originally published on January 23, 2019.

Cambridge eighth-grader Gunnar Sperle spends his school days a little differently than he used to. This year, the Koshkonong Trails charter school (see Note 1 below) student bred two pigs. And on Jan. 10, one gave birth.

“They can each have 14 piglets, so we’re hoping for a bunch…it’s a lot of work and a lot of time that’s put into them,” Sperle said.

Sperle bred his pigs for a class project. He’s one of 20 students at Koshkonong Trails, a new project-based Cambridge charter school focused on environmental and agriculture studies that opened in September. Students this inaugural year are in grades 7-10.

“I never liked school, but now that I can do whatever I want as a project, I like it. It’s definitely changed a lot,” Sperle said. “I like to hunt and fish and be outside, and it’s like the best thing... that’s probably my favorite part.”

Jennifer Scianna, director of the Cambridge School District’s Severson Learning Center, an 82-acre school farm in the town of Christiana where Koshkonong Trails is based, said letting students choose their projects is key.

Koshkonong Trails is part of a unique network of place-based schools across the United States that connect students to their community and learning by using hands-on methods. 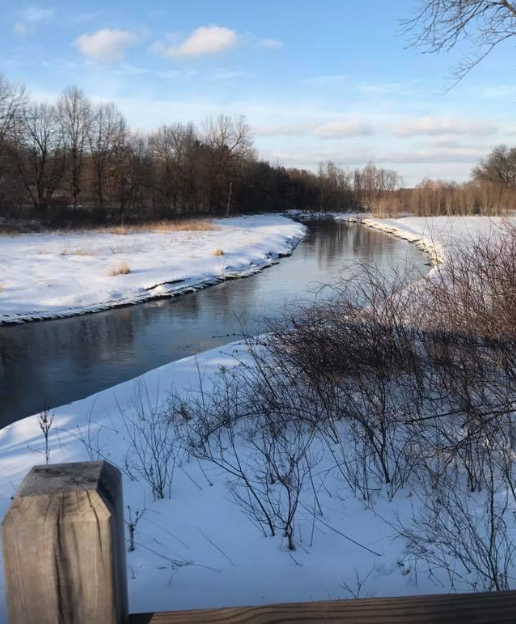 “People in Cambridge should not take for granted the quality of the school district they have,” Funk said. The district is “not afraid to be innovative to best serve their students, and not all school districts do that.”

One of these innovations is called project-based learning. Students research, plan and create projects that prove their knowledge and meet state standards in the process.

Projects may be agricultural in nature — like breeding pigs — but may span all subjects.

Cambridge ninth-grader Annie League is learning this year about the chemistry of shampoo, conditioner and soap. League spent a day in early January making her own conditioner. Eighth-grader Makayla Lawrence is studying the immune systems of different animals, by learning about blood transfusions.

“I actually didn’t know where blood types came from before, I didn’t know about recess factors and the antigens that determine if a blood type is A, B or O, and what each blood type meant. So now I know a lot more about that, which is very interesting,” Lawrence said.

The goal, Scianna said, is to help students learn through their interests. Interest, she said, breeds engagement.

“You’re invested in it because it’s your project and you’re getting a grade on it, so it just changes the buy-in that kids have,” Scianna said.

Because of his love of mountain-biking, eighth-grader Jonathan Yerges dedicated one of his projects to researching and purchasing 30 mountain bicycles and helmets with grant funding from the Department of Public Instruction. Now, Koshkonong Trails students can bike through nearby CamRock County Park for physical education credit.

“We have a lot of big mountain-bikers, and we knew we wanted to get some bikes so we could ride here. So they asked me if I would help find some bikes that would be good for these trails that would fit in our budget,” Yerges said.

Students and teachers say there’s no such thing as a typical day at Koshkonong Trails. Every day usually includes time outside, online math work and a daily seminar. Emrick either lectures during seminar, or leads hands-on work like testing water quality in CamRock County Park. Every Wednesday, students and teachers spend the entire day outside or on a field trip. Recent field trips have included to Madison’s Chazen Museum of Art.

Students dedicate several hours each day to their projects; it’s time that they schedule and plan.

“I like to see them construct that learning,” Emrick said. 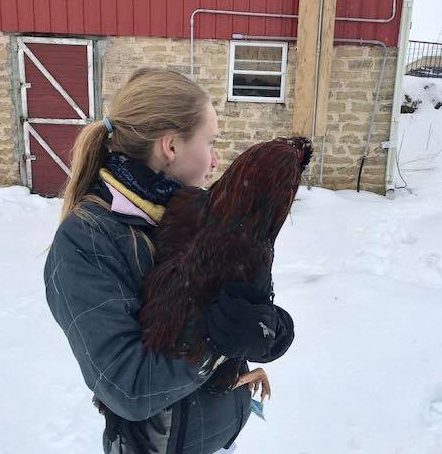 “You have to be a lot more self-motivated than you would be at a usual school,” League said.

Emrick said students may control their project topics, but must hit state standards; students have to meet 16 learning targets per subject for each year in school.

“It’s not a way to escape learning,” Emrick said. Students have choices “within the limits of what they need to accomplish.”

“It’s still a school, you have to do a lot of learning,” League agreed. “But it’s really fun.”

“There’s not usually a teacher hovering around, kind of giving you assignments each period… you need to know what you want to do, what you want to accomplish throughout the year,” student Sophia Season also said.

Based on his work at the Rural Schools Collaborative, Funk said community-oriented hands-on learning is on the rise.

“That type of education is really good for kids,” Funk said.

After attending conferences on innovative schools and after becoming the SLC director, Scianna started touring other Wisconsin charter schools late in 2016. She started working with the Cambridge school district in 2017 to create a charter school of its own.

Koshkonong Trails is part of a national group called the Place Network Schools, which tries to regularly get kids out of traditional school buildings to experience places like the Severson Learning Center. On its 82 acres in the Town of Christiana, the SLC has gardens, an orchard, a pond, woods and wooded trails, a historic barn with farm animals and even a rock quarry, all of which are visited by Cambridge teachers and students from all grade levels throughout the year. Summer school classes are even held at the site.

The existence of Koshkonong Trails is “a great opportunity for Cambridge and the school to be at the forefront of providing meaningful educational experiences for children,” Funk said.

“A school like Koshkonong Trails is really built on the community, and it’s about the community,” Funk continued. “Rural futures have to have strong public schools.”

Funk has also volunteered on the Koshkonong Trails Planning Committee. Koshkonong Trails is a free public charter school with its own governing board, that is accountable to the broad Cambridge School District Board of Education.

And Koshkonong Trails is growing. Administrators are now accepting applications for the 2019-20 school year. The school’s website says interested students can apply online during the open enrollment period that goes through April 30.

Scianna said the school hopes to add ten students next year bringing the number of students up to 30. The school is capped at a maximum of 50 students.

The Cambridge School District recently hired Cambridge High School special education teacher Raquel Parish as a second teacher for Koshkonong Trails. Emrick said she’s worked with Parish in the past, and said she has experience in agriculture and horticulture.

“I’m just fascinated with how much growth has taken place between the beginning and where we are now,” Emrick said.

“The school is still new… It still has a nice future that I’m excited to see and experience and help with,” Lawrence said.

As enrollment and staff increases, so does the need for space. Koshkonong Trails is in the process of moving from its home in Cambridge High School to a modular building on the 82-acre Severson Learning Center.

The modular building was originally expected to be ready for use in September, and has been delayed. Cambridge School District Business Director Mark Worthing said the building has been placed on a new foundation on the site, and work on a well is underway. The well has been drilled, and will soon be connected to the building. Contractors have installed the ceiling, lockers, heating system, internet, lighting and fire alarms. (Note 2, see below)

Emrick said students are excited about moving to the school farm, and have thought about individual jobs they will take on at the new site. Students even wrote resumes and cover letters applying to positions, which include everything from interior decorator to school photographer, animal caretaker and cleaning staff.

They have “so much invested already in the idea of their professions,” Emrick said.

Our ultimate vision is to have clusters of PNS schools within each of our Regional Action Hubs. The goal is to create working networks of Place Network Schools, rural teacher corps efforts, and Grants in Place recipients. These "communities" will focus strongly on ecologically-appropriate rural development and sustainable practices. Please contact us if you are interested in learning more about this work and how you can be part of it! 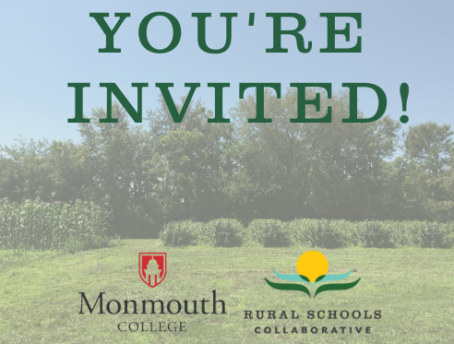 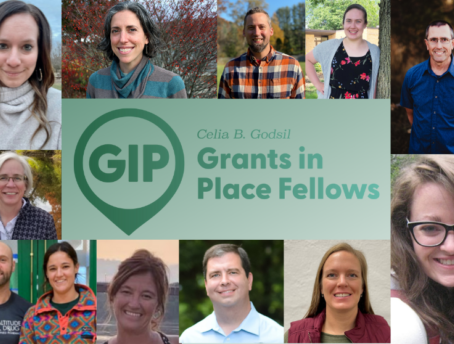